A Christmas unlike any other 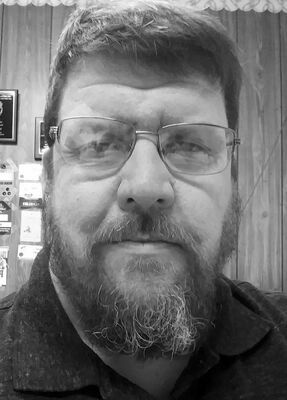 I did not think it would have an effect on me.

A few people had mentioned to me Christmas was going to be different for me this year. I kind of shrugged the words off.

Yet there I was on Christmas morning, standing in my bedroom and shedding tears while I clung to my wife for comfort.

As some people already know I lost both my parents earlier this month. Dad died on Dec. 5. Mom died three days later on Dec. 8. They had been married 58 years and stuck together even in death.

We knew it was coming. Their prognosis continued to get worse with each passing day. They both had contracted COVID-19 in the nursing home where they lived. That on top of several underlying health issues was just too much for their bodies to bear. I’m not mad at the nursing home. The place was locked down for COVID-19 as securely as they could get it. Their deaths did not make me change my opinion on what needs to be done during this pandemic.
Two-and-a-half weeks later Christmas rolls around. I thought it had been enough time for me not to get emotional.

As I sat at the kitchen table Christmas morning it hit me. It hit me hard. Regardless if we were together or apart, I would always at least talk to my parents on the telephone. For more than 50 Christmases we connected in person, on a computer, or on a telephone.

That morning my phone was charging in another room. There was no reason to keep it close. There would be no phone call to or from my mom.

I was in a funk as I sat there at the table. By that time everyone was up and getting breakfast. I could feel tears had started welling up in my eyes. Sarah asked me if I was all right. I got up and walked to the bedroom and she followed.

After breakfast, the rest of the family went to go open presents in the living room. I watched from the kitchen table, still in a funk.

As the morning wore on my mood lightened and so I was able to enjoy the rest of the day with my family.

My parents lived in North Carolina. I did not get to see them that often after Sarah and I got married nearly 23 years ago. Shortly after we got married, we moved to Arkansas and we’ve been west of the Mississippi River ever since with every move going further west until we settled here in Stephens County.

For most of the jobs I held, I could not take a week off to go on vacation to go see them. Their health got to the point where they could not travel much either.

I learned a lot from them. I learned about loyalty, selflessness, family and being a provider.

I will miss those phone calls. Mostly, though, I will just miss them.