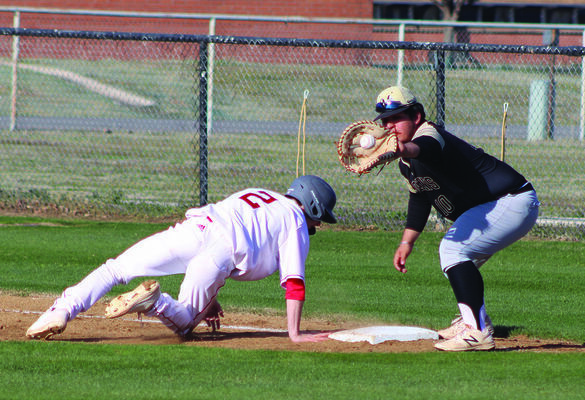 Comanche scored in every inning and got a solid performance from starting pitcher Lucas Gordon and the defense to get the win.

Comanche plated two runs in the first to take the lead and stayed out front the rest of the way.

Marietta cut the lead to 2-1 in the top of the second, but would get no closer.

Comanche came back to add two more runs in the bottom of the second as they took advantage of three errors and a couple of walks.

The home team then exploded for seven runs in the bottom of the third that included a two-RBI double by Lake Epperson and an RBI triple by Bryson Evans. Wyatt Martin also drove in another run on a sacrifice fly.

Comanche then added three more runs in the bottom of the fourth to go up 14-1. Marietta mustered four runs in the top of the fifth to keep the game alive, but Comanche pushed a run over in the bottom half of the inning to end the game by the 10-run rule.

“It was nice to get a win,” Wilson said. “At the tournament to open the season we had injuries and were thin at pitching, but the game against Marietta was a big one (because it was a district game).”