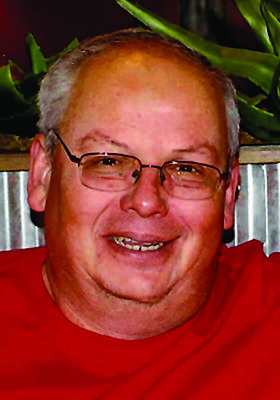 Dennis Joel Hamer, 56, of Duncan passed from this life Saturday, March 27, 2021 at his home in Duncan surrounded by his family.

Services were Wednesday in the Bailes-Polk Funeral Home with Rev. Matt Chambers and Pastor Rusty Canoy officiating. Interment followed in the Duncan Cemetery.

Dennis was born September 17, 1964 in Modesto, Calif., the son of William “Bill” and Doris Jean (Cooper) Hamer. He graduated from Comanche High School in 1983. He work in materials management at the Duncan Regional Hospital for 28 years. He enjoyed working on muscle cars, listening to music, attending church, playing card games, eating, going on vacation, and spending time with his family especially his grandchildren. He took care of many area youth as if they were his own children.

He was preceded in death by his parents, second mom Frieda Hensley and sister Dianna Williamson.

In lieu of flowers donations may be made to the Stephens County Foster Care Support Group at 910 W. Oak Duncan, Oklahoma 73533.

Online condolences may be made at www.bailespolk.com

Learning from other states