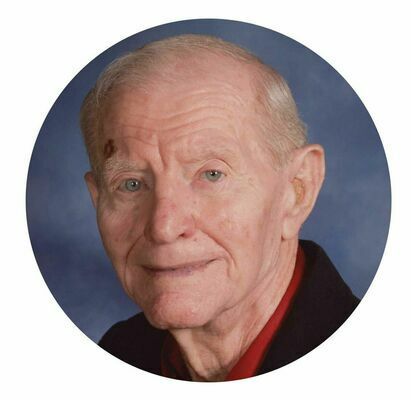 Funeral services will be Monday, May 24, 2021 at 2:00 P.M., at First Baptist Church in Comanche, with Dr. Mark Hall officiating. Burial will be in the Duncan Municipal Cemetery under the direction of Callaway-Smith-Cobb Funeral and Cremation Services in Marlow.

Charlie Paul (Buddy) Olds passed from this life to his Heavenly home on May 20 at his home in Comanche at the age of 88 years. He was born on October 6, 1932 in Perry, OK to Jack and Laura Olds. He was married to Patsy Bowen on October 30, 1955, in Midwest City, and they celebrated 55 wonderful years of marriage until she preceded him in death in 2010. From this union, four children were born. Buddy joined the United States Army in February of 1963 serving for 2 years, but remained in the Army Reserve for 8 years. He always liked telling people that it was during his stint in the army that he was selected as an extra in the movie Pork Chop Hill starring Gregory Peck. Upon leaving military service Buddy moved to New Mexico and worked in the heating and air conditioning business. He moved back to Oklahoma and had multiple car lots in Lawton and Duncan which allowed him the opportunity to race Formula One cars. Eventually he went to work at Halliburton working offshore. Buddy didn’t like being away from his family for long periods of time, so he moved to Irving Texas and bought a service station. It was during this time that he and a friend built a carburetor that got over 100 miles to the gallon, which was sold to General Motors. This is how he ended back up in the used car business again. Due to the gas wars of 1975, he lost his car businesses and went back into contract labor doing heating and air, plumbing, and roofing. At the age of 55, Buddy felt called into the ministry. He enrolled at Oklahoma Missionary Baptist college in Marlow, and earned his Bachelor of Applied Ministries Degree. He began pastoring at churches around the state until his retirement in 2015.

Survivors include his 2 sons, Crandall Olds and wife Wanda of Comanche, and Mitchell Olds of Duncan, daughter, Jay McDowell and husband Brian of Venus, TX, 8 grandchildren, 6 great-grandchildren, and 1 great-great grandson. and one sister, Dorothy Boice of Marlow.

Online Condolences can be made to www.CallawaySmithCobb.com