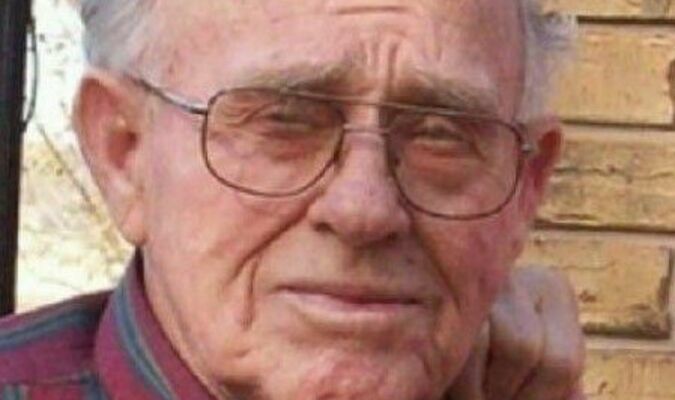 A celebration of life service will be on Tuesday, September 7, at 1:30 P.M. at Ray of Hope Church with Pastor Mike McCord officiating. Arrangements have been entrusted to Whitt Funeral Home.

Mickey and his family came to Comanche with all their worldly possessions in a covered wagon. The wagon caught fire and burned all they owned. Mickey attended Tucker School till his 8th grade year. He left school and went to work. Mickey believed in hard work and worked from sunup to sundown; he hauled hay and worked at an ice cream factory making ice cream. He also worked as a roughneck for McCasland Drilling Company.

He met the love of his life, Ella Mae Girod, while working at a cab company. They married in 1947 and had two children, daughter Judy Gayle and son Steven Edward.

Mickey got into the sand and gravel business around 1952 and, over the years, built many roads, parking lots, and swimming pools in and around the Duncan area. With his best friend, Wes Hamilton, he built Twilight Beach. He also built Paddlewheel Park, Demon Bounce-A-Trampoline Park and a 3-mile go-kart track behind A&W Root Beer which he also owned and operated. He also was a cattle rancher and owned Tomlinson Oil Company.

His hobbies included water and snow skiing. He taught many people how to ski, including his two grandchildren. He had his own plane at a young age and took his family flying almost every weekend. He was an accomplished pilot, stunt pilot, and was also in the Civil Air Patrol.

Mickey was the Chapter President of Full Gospel Businessmen’s Fellowship. He was a member at Gospel Beams Church in Duncan where he served as a board member and usher for many years. He traveled to 31 countries, witnessing and telling people about Jesus! Mickey was loved and respected by many.