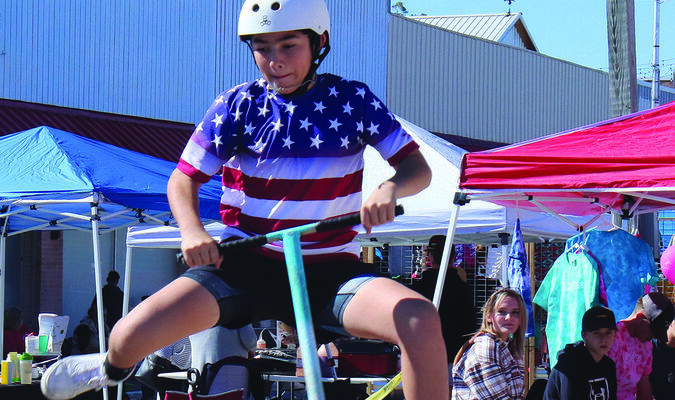 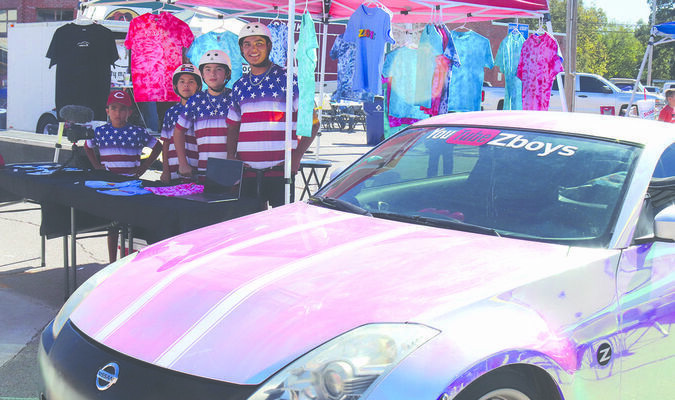 Ronnie Zavala hits the ramp at high speed, pulls back on his scooter and tumbles into a 360 degree turn before landing safely on the concrete.

“He can do a lot more than that,” said his dad, Austin Zavala. “We just have a small ramp and a limited amount of space to work in.”

Ronnie, 18, and his brothers were showing off their skills at Fall Fest in Comanche a couple of weeks ago.

Ronnie and his three brothers (Joe, Valentine and Austin) - known as the “Zboys” - are regulars on the scootering circuit. Both Ronnie and Joe are professionals. Joe, turned pro at the age of eight, and was the youngest ever to do so, according to his father.

In 2020, Ronnie finished as the fifth best in the U.S. They have been featured on Whistle Sports, a video channel on YouTube with more than 2.1 million followers. They have their own YouTube channel, the “Zboys,” and they have been on television in New York.

They are the top-ranked family of brothers in the country.

The elder Austin is from the area originally before moving with his wife to California where their children caught the scootering bug. They brought it with them when they moved back to Oklahoma.

“I’d like to see about getting a skate park in Comanche or Duncan,” Zavala said. “There’s nothing around here, I have to take them to Oklahoma City, Wichita Falls or Dallas to practice. It would be nice to have something here.”