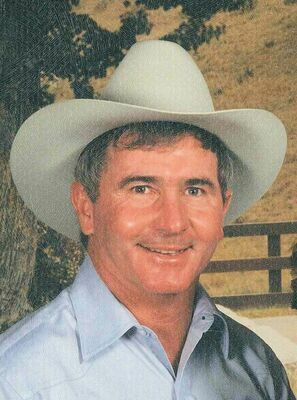 The family will greet visitors on Friday, November 26, between 5:30 and 7:00 pm at Whitt Funeral Home in Duncan. Services are scheduled for Saturday, November 27, at 2:00 pm in the Whitt Funeral Home Chapel with Pastor Randy Southerland officiating. Burial will follow in Fairlawn Cemetery near Comanche. Rusty’s golfing buddies from Texoma Senior Tour will serve as pallbearers. Honorary pallbearers will be former athletes he has coached over the years. Arrangements have been entrusted to Whitt Funeral Home.

Rusty graduated from Comanche High School with the class of 1962 and attended Southeastern State University in Durant. He worked at the Sun Oil Company refinery until it closed in 1983. In 1984, he joined the US Department of Agriculture as a Farm Program Specialist, retiring in 2010. He was married to the love of his life, Paula (Solomon) Burk.

Rusty was a former member of the PRCA, once qualifying for the National Finals in calf roping. He was a lifelong hunter, outdoorsman and cattleman. Above all he loved sports, especially the Oklahoma Sooners. He coached many Little League football and baseball teams, even before his own children were playing. He was well suited for retirement, becoming an avid golfer and making many new friends. Rusty never met a stranger; he could strike up a conversation with anyone. But more than anything else, he loved being called Grampa. For the last few years, he was a beloved fixture at his grandchildren’s many varied sporting events.

Rusty is survived by his wife, Paula, of their home near Comanche; children: Kacie and her husband Alan Olson of Piedmont and Clay Burk of Duncan; grandchildren: Everly Olson, Easton Olson and Kinley Burk; sister, Gayle and husband Billy Cleary of Edmond; nephew: Colby and wife Kristan Cleary of Oklahoma City; and numerous cousins and family members.

He was preceded in death by his parents; son, Scott Burk; and an infant son.

Memorial donations can be made to the Oklahoma Medical Research Foundation, 825 NE 13th St, Oklahoma City, OK 73104 or online at OMRF.org.