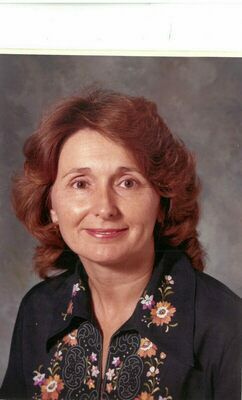 Carolyn Ruth (King, Carden) Jacobsen of Plano, Texas passed away on July 20, 2022, at the age of 83. She succumbed to ovarian cancer first detected approximately four years ago. Despite her numerous and somewhat arduous treatments, she continued to work diligently until her retirement in May 2022 with over 55 years of teaching in total.

Carolyn was born on June 14, 1939 to Clifford Clay and Vera Mae (Hale) King in Kilgore, Texas. The family soon moved to southwest Oklahoma where she attended schools in Devol, Empire and Lawton. Carolyn graduated from Lawton High School in 1957. After her graduation she married Gaines Brian Carden in 1959 at the First Baptist Church (FBC) of Lawton, a church she began attending in the sixth grade.  FBC impacted her life greatly regarding her love for Jesus and her unfaltering devotion to her Christian beliefs. She raised a family and received her Bachelor of Science degree in Elementary Education from State Teacher's College in Minot, North Dakota in 1967. Carolyn taught at numerous schools from North Dakota, Missouri, Karamural Air Force Base in Turkey, and in Texas - Richardson, Farmersville, Dallas and finally McKinney. Carolyn was always greatly loved by her students and was even awarded "Who's Who Among American High School Students" in 1998. Carolyn was very attentive to her own personal growth and education throughout the years and attended numerous universities and seminars to expand her knowledge of subjects she was teaching and or topics she generally wanted to understand in more depth, mostly science related.

Carolyn was a person highly dedicated to her spiritual and personal beliefs, and she was loved for her kind heart, supported by her lifelong friends, and absolutely loved animals, especially birds. Carolyn gave everything she had to her students, not only by being a good teacher but also by sharing her love and happiness with just about anything or anybody she was around. Everything she touched was just filled instantly with light. Carolyn was very proud of her grandson, Anthony, who received his master’s degree in Architecture from the University of Miami. Anthony and Carolyn had a unique and loving bond and would enjoy traveling together on various school and work projects, especially during the latter years of her life.

Carolyn was preceded in death by her parents; and sister, Kay Yvonne (King) Hickox.

A funeral service will be held at 10:00 a.m., Friday, July 29, 2022, at Turrentine-Jackson-Morrow Funeral Home in Allen, Texas. Interment will follow at Altoga Cemetery near McKinney, Texas. The family will receive friends during a visitation on Thursday evening from 6:00 p.m. to 8:00 p.m. at the funeral home.

In lieu of flowers, please consider donating to the teachers and students at the school where Carolyn taught in McKinney for the last 17 years. Please contact Margaret Taylor by email at mtaylor@mckinneyisd.net for details.

The service will be live-streamed at the following link; https://celebrationoflive.tv/blog/carolyn-ruth-jacobsen.  The recorded version will be available at the same location after the service.  To convey condolences or sign an online registry, visit TJMfuneral.com.