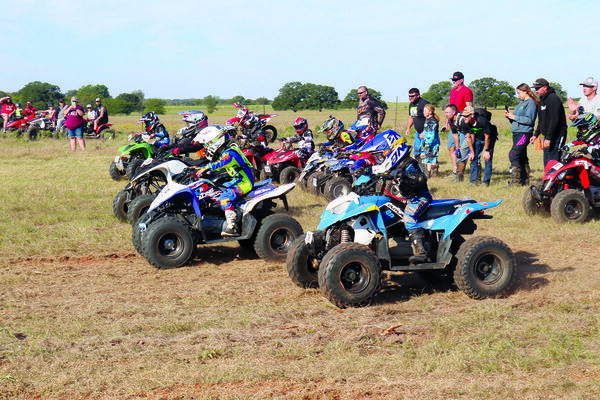 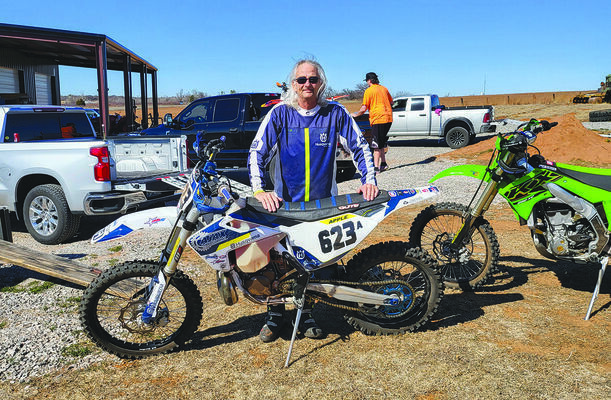 izz by on four-wheelers, Shane Apple is in his element.

He is more than happy to talk about the Oklahoma Cross Country Racing Association (OCCRA) series race taking place on his grandfather Bill Sorrell’s land south of Comanche.

The pasture is crowded with campers and RVs representing nearly 500 racers and 1,000 people helping them out in the pits.

“It’s a pretty big thing for around here,” Apple said.

The OCCRA has 12 races every year all over the state from north of Tulsa to as far south as Comanche this year and other points east and west.

“This is round 11 for the year,” Apple said. “This week, I decided I wanted to have a race out here at my grandpa’s place. We’ve never had one here.”

Apple got involved in the OCCRA about 17 years ago and he’s been heavily involved ever since and has been part of the leadership team for several years.

“I was playing around on dirt bikes a lot and I heard about OCCRA, so I went and checked it out one time,” Apple said. “After that one race, I was hooked and I’ve been to every one of the races for 17 years. And now I’m an official and have run the scoring trailer and everything for 10 years and helped run the organization along with the other officers.

It took two to three weeks for him and his son to build the seven-mile loop course the racers would be competing on.

“We worked every day to get it all made,” Apple said. “All the curves and everything else. It was a big ordeal to get it all put together. I’ve always wanted to race here and it’s a new course for everybody. I’ve got a practice track of my own now.”

There is a division for everyone. The youngest racers are three and they continue all the way into adulthood with the oldest racer being 82.

Saturdays are designated for four-wheelers while the motorcycles - the largest of the two groups - race on Sundays.

Like many other race organizations, the series is based on season points. The series usually starts at the end of February and they race every other weekend. They usually take a break in July and August because of the heat and then return in September and finish up in November. In January, they will have an end of the year banquet where season awards will be handed out.

While the racing is competitive, there is a lot of fun and camaraderie involved as well.

“It’s not for the money, it’s just friendly competition,” Apple said. “It’s fun to go out and ride new places that you don’t get to normally ride.

“This is a giant family. I have my own group of three or four families and we circle all our campers and we hang out together. I’ve gotten to the point where I enjoy that as much as the racing. Anybody will do anything for someone else if they can. All you have to do is ask.”

Apple said it was a good event that benefits the community as visitors keep the stores in Comanche busy.

“The stores are probably packed this weekend,” Apple said. “We’ve got the wood-fired pizza from Comanche here as a food truck and they do a great job, so yeah, it’s a good thing.”