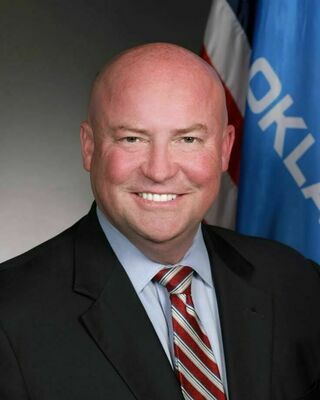 As the Oklahoma legislative session winds down for the year, there are still some policy bills being considered in conference committees, and a few remaining that need some other form of action, including some policies important to the Oklahoma Institute for Child Advocacy (OICA).

The two items receiving the most discussion are: 1) what will the state budget look like for important programs; and 2) what will the legislative and congressional district lines look like based upon the recent Census count.

The good news is the budget outlook is far better than most anticipated coming out of a pandemic year. Tax collections from the various economic activities which generate revenue showed Gross Receipts to the Treasury jumped by more than 38 percent in April. Even more encouraging, all major revenue streams showed at least double-digit growth.

We expect the negotiations on the budget will be finalized soon. A troubling reality is there is still no indication whether the Earned Income Tax Credit (EITC) refundability will be a part of the final bill to ensure working families get the full benefit of this important tax cut.

We will keep you informed in this column and on our social media as progress is made. You can read the economic report at https://www.ok.gov/treasurer/documents/Apr-21-GRT-OER.pdf

The other point the policymakers must decide is redistricting. Oklahoma has unique history with redistricting, according to a report by the Oklahoma House of Representatives.

In 1962, the U.S. Supreme Court determined state legislative districting must reflect the concept of one-person-one-vote in Baker v. Carr. All citizens, regardless of where they reside in a state, are entitled to equal legislative representation.

Soon after, the Legislature passed and the people adopted Article V, Sections 11A through 11E of the Oklahoma Constitution.

This requires the Oklahoma Legislature to develop and enact redistricting plans for the Oklahoma House of Representatives and Senate “within 90 legislative days after the convening of the first regular session of the Legislature following each Federal Decennial Census.”

If the Legislature fails to do so by sine die adjournment (on the final Friday of May), the task falls to the Bipartisan Commission on Legislative Apportionment.

This commission is composed of seven members: two Republicans and two Democrats appointed by the Governor; the President Pro Tempore of the Senate; the Speaker of the House; and the Lieutenant Governor serving as the nonvoting chair.

Census numbers for the states were delayed due to the pandemic, which slowed the process. State lawmakers worked with staff assigned to assist with drawing lines tentatively to comply with Oklahoma law, with hopes that numbers align well with what is provided by the US Census Bureau.

Population estimates from the 2015-2019 five-year American Community Survey were the basis for the initial numbers. The Legislature will likely pass these maps and then return in a special session later this summer should alterations to the plan need to be made.

If you would like to learn more about the redistricting process, go to https://www.okhouse.gov/Publications/Redistricting.aspx and https://oksenate.gov/redistricting to look at the proposed maps.

Soon, the discussion will begin on the interim studies the Legislature will conduct.
Next week, this column will cover that, as well provide a way for you to have input into what lawmakers examine before the 2022 session.

Biden must secure the border