Evans hopes playing on elite squad leads to next level 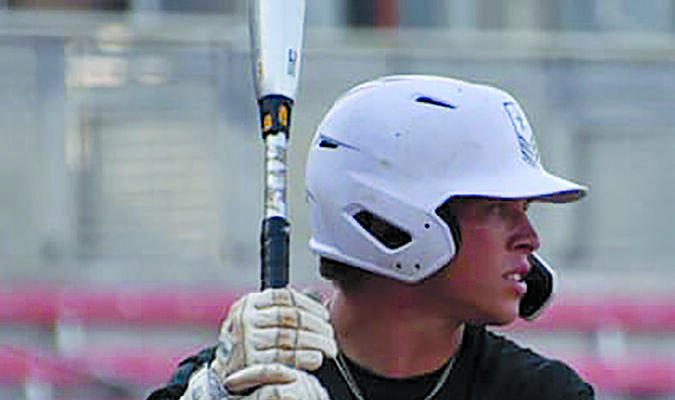 People who follow high school baseball in Stephens County may know Bryson Evans as one of the most solid and consistent baseball players in the area. Last month, Evans got the opportunity to showcase his talents on a bigger stage as he participated in the Oklahoma State games at Oklahoma State University’s new ballpark in Stillwater.

Evans is believed to be the first player from Comanche to participate in the tournament that featured teams from six regions. The all-star teams consisted of incoming sophomores, juniors and seniors.

He played on the Southwest team that included players he knew from other schools such as Kole Seeley and Brennan Morgan from Marlow, three others from Tuttle and two more from Blanchard.

“We played travel ball together, so I knew a lot of the guys,” Evans said. “It was really fun to play with guys that I normally would play against in high school ball. I really enjoyed playing with them.”

Evans received his break to play on the team when his travel ball coach Nick Reed put in a good word for him.

The regional coaches decide who plays for them and the past couple of years the team has been coached by those that did not know him. This year, Evans’ travel ball coach Nick Reed put in a word with the coaches and Evans was selected.

“I really appreciate him sticking his neck out for me like that,” Evans said.

The Comanche senior showed why his coach put faith in him. Over the course of the tournament, Evans collected the second-most hits of all the players.

It was good timing. There were 30 colleges and Major League Baseball teams represented at the tournament. Evans is a three-sport athlete, also playing football and wrestling but he wants to play baseball in college.

He did not feel the pressure of having the scouts and college coaches watching him though.

He got the feel of what it would be like to play on a major stage by getting to play on OSU’s ball field.

“It definitely makes you want to go to school there,” Evans said. “It is such a nice facility.”

He also got to see some college-level pitching.

“Those guys were throwing in the high 80s to the low 90s with good off-speed stuff,” Evans said.

Still, he managed to get several hits, a skill he says he owes a lot to spending time in the batting cage.

He has been Comanche’s lead-off hitter since he was a freshman, so it is no coincidence he spends hours hitting.

“I get my dad (Aaron Evans), girlfriend (Gracee Miller), or friends to feed the batting machine for me at the fieldhouse,” Evans said. “It’s how I learned to get better at hitting curveballs. We are blessed to have the indoor facility that we have.”