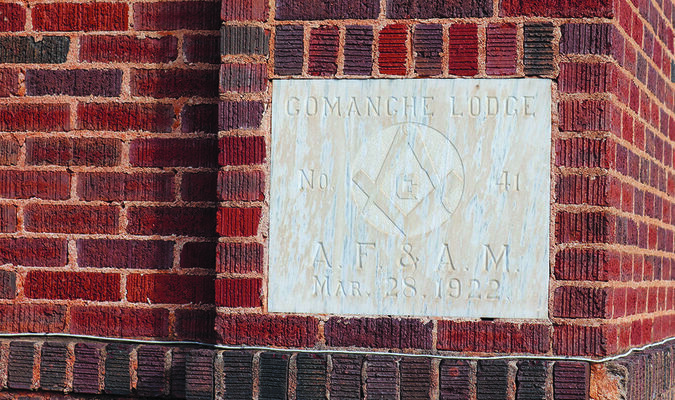 The Comanche Masonic Lodge No. 41 had a setback last week, but they want the community to know they are still willing and ready to serve, though it just may be a little slow for the time being.

Last Monday, a fire started on the third floor of their nearly 100-year old building on 2nd Street next to American Nation Bank.

“We were sitting there on the second floor when someone noticed some ash starting to fall,” said Bill Greer, the lodge’s worshipful master. “When we moved the ceiling tiles, we saw the fire.”

They got some extinguishers and were able to get most of the blaze out before the fire department arrived.

Because fire extinguishers were used, however, it is now a hazmat situation at the lodge.

“It’s going to be several months before we are back in the lodge,” Greer said. “We still need the community support so that we can help them. We’re at a little bit of a disadvantage right now, but we want the community to know we will be back in force.”

Greer said he did want to express thanks on behalf of the lodge to the Comanche Police Department, Comanche Fire Department and the Stephens County Sheriff’s Department who all showed up to help.