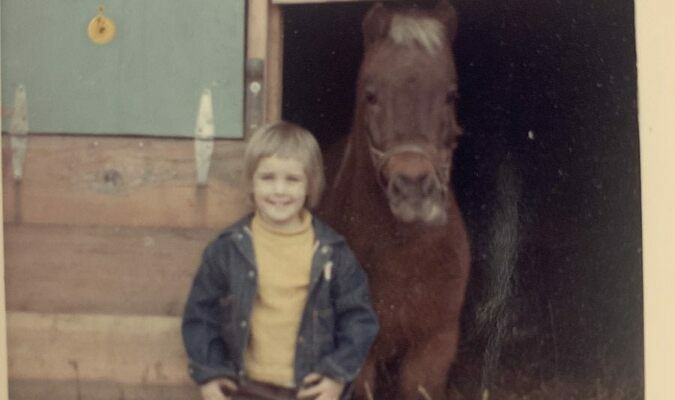 Judy Kay Cox, 57, a lifelong resident of Comanche, passed away on Dec. 20, 2022, peacefully at her home. She was born on July 20, 1965 in Duncan at the Lindley Hospital to Dale Cox and Kathern (Absher) Cox. Judy was baptized on June 27, 1976 at Meridian First Baptist Church of Comanche by Pastor Bill Choate. She attended Meridian Grade School and graduated from Comanche High School in 1983. She attended Western Texas College in Snyder, Texas on a rodeo scholarship and graduated in 1985 with an Associate’s Degree in Science.

Throughout her life, Judy loved to rodeo. She started in the Miniature Rodeo Association when she was 6. At the age of 13, she acquired a horse named Sam Charge, a quarter horse gelding with a AAA track rating. That same year, Judy and Sam Charge attended a barrel racing clinic instructed by Dale and Florence Yournee. They won first place with a time of 16.8 seconds, and Judy took home a brand new saddle. Thereafter, she won the ladies open TBRA in 1978. Judy was a member of the Oklahoma Youth Rodeo Association for several years, competing in barrels, poles, breakaway, and goat tying, and she won many all-around buckles. During her time at Western Texas College, Judy qualified for the National College Finals in Bozeman, Mont.

Judy also had a passion for race cars, something she shared with her father, Dale. She raced both mini stock and pro stock race cars and appeared at racetracks all over Oklahoma and Texas. Judy and long-time family friend, Scotty Durant, began racing for Pegasus Racing in 1993. The two of them frequently placed first and second, which made Dale very proud. Because of Judy and Scottie, Pegasus Racing became known for their fast cars, and they developed a stellar reputation in the racing world.

Judy was known for her sharp sense of humor and her ability to speak her mind. Many people described her as the life of the party. Judy could fix just about anything, sometimes even over the phone. She also had a caring heart and would give the shirt off her back to anyone in need. But above all, family was everything to Judy. She was fiercely protective over her loved ones, especially her niece, Sarah. She also enjoyed cooking for her family and friends on their many trips to Lake Murray. Judy loved animals, especially her little chihuahua, Sweetie Pie. She enjoyed working in the garden and checking on her cows and chickens. Judy was one of a kind and will be missed by many.

Judy was preceded in death by her parents, Dale Cox and Kathern (Absher) Cox. She is survived by her sister, Diane Fancher and husband, Carlton, of Comanche; her niece, Sarah Strecker and husband, Clay, of Comanche; her uncles, Kenneth Absher and wife, Shirley, of Del City, Ron Absher and wife, Shirley, of Comanche, and Mack Yearby, of Duncan; her aunt, Elaine Hynson-Yearby, of Duncan; and many close friends.