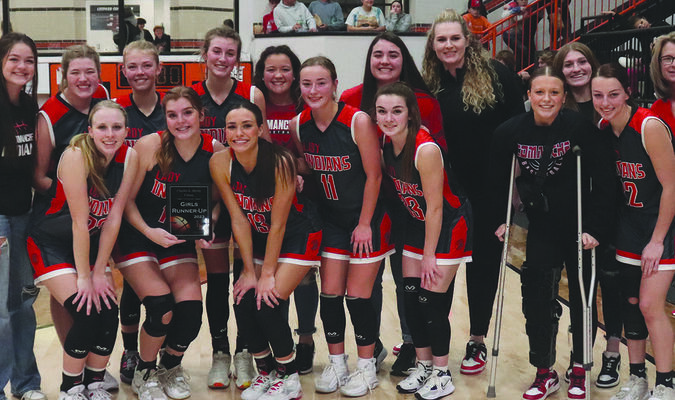 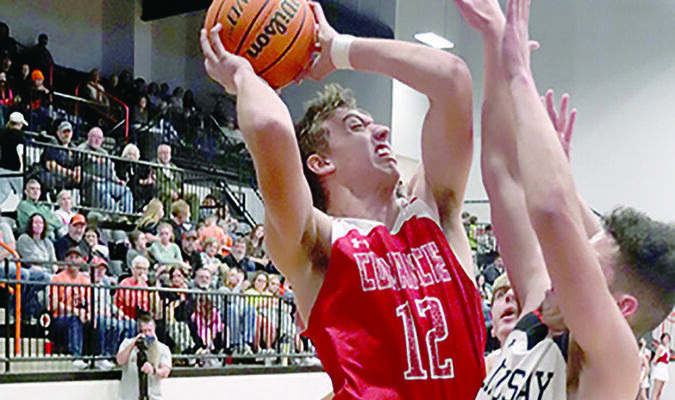 If there is such a thing as a moral victory, the Comanche Lady Indians got one in the championship game of the Charles Heatly Classic in Lindsay last Saturday.

The Lady Indians ran into Bethany, the unbeaten No. 1 team in Class 4A, and the Lady Bronchos did nothing to discredit their top ranking, taking the championship, 69-37.

Comanche’s 37 points was the most given up by Bethany this season and defensively, the Lady Indians were within a point of holding the Lady Bronchos to their season low.

With no Bethany starter appearing to be shorter than 5-foot-9, the undersized Lady Indians would need a hot outside game to try to stay close. The outside shots were not falling for Comanche in the early going, however, and the Lady Indians fell behind, 13-5 at the end of the first quarter.

With the outside game not working, Comanche senior Gracee Miller took the game inside, driving to the basket and getting to the free-throw line. She scored all eight of the Lady Indians’ points in the second quarter as Bethany took a 28-13 halftime lead.

Gracee Miller led Comanche with 17 points, followed by Jentry Whaley with eight, Kynli Morris with six and Kylie Roden and Karsyn Bowles had three each.

Miller and Roden were named to the all-tournament team.

The Lady Indians had a tough task playing the home team in the semifinals a day after the Leopardettes upset Dickson on the opening day.

A third quarter surge by Comanche after a low-scoring first half by both teams proved to be the difference.

Lindsay led 10-9 at the half before Gracee Miller scored eight of her team’s 12 points in the third quarter to give the Lady Indians a 21-13 lead heading into the final quarter.

Miller finished with 17 points, followed by Kylie Roden with eight, Kamrey Rendon with five, Kynli Morris with two and Breelie Garlinger with two.

The Lady Indians, the No. 2 seed, led for less than five minutes of the 32-minute game, but most importantly they led the final 1:42 as they outscored the Lady Panthers, the No. 7 seed, 14-5, in the fourth quarter to advance.

“I told them sometimes it’s ugly, but you have to find a way to win and that’s what y’all did in the last quarter,” said Megan Robbins, Comanche head coach. “I was pretty proud of the way they locked in, in that last quarter. We had some girls step up and hit some big free throws toward the end, and they did what we needed them to.”

There were seven ties and five lead changes in the contest with Pauls Valley leading at the end of the first three quarters. The Lady Panthers hit seven three-pointers in the contest compared to Comanche’s three. They also broke three ties with three pointers keeping the Lady Indians in catch up mode for most of the game.

The Indians snapped a three-game losing streak by defeating the Comets on the final day of the basketball tournament.

The game also marked the return of Myles Ellis, who had been injured since early in the season. He scored five points along with Colby Shannon to finish second on the team in scoring. Dillon Ellis and Briar Blair added four each and Gunner King had three to round out the scoring for Comanche.

After a close first quarter, the Bulldogs steadily pulled away the rest of the way to get the win.

Bladyn Cook and Briar Blair had nine points each to lead Comanche. Hunter Lassley was next with four points, followed by Gunner King and Joe Zavala with three each, and Dillon Ellis and Corbin Bowen with two each.

A suffocating defense by Lindsay kept the Comanche boys off-balance allowing the Leopards to take a 41-21 win. Comanche was able to grab the early lead, but Lindsay, ranked 11th in Class 3A, tightened down in the lane, contesting nearly every shot on drives to the basket by the Indians. Comanche kept themselves in the game through halftime with solid defense on their own, but a big run by the Leopards would open up the game in the third quarter.

Hunter Lassley scored 10 points to lead Comanche. He was followed by Briar Blair and Dillon Ellis with four each and Blayden Cook with three.