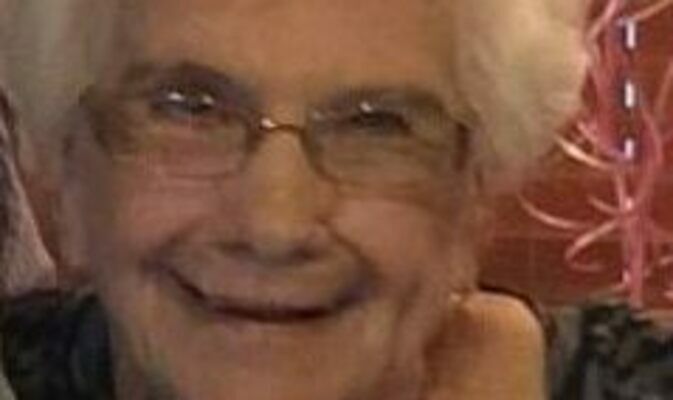 Mary Ausbrooks, age 96, a longtime resident of this community, entered her heavenly home on Jan. 10, 2023. A memorial service will be held on Saturday, Jan. 21 at 1 p.m. at the Waurika Cemetery, under the direction of Comanche Funeral Home.

Mary was born on Feb. 8, 1926 in Waurika, one of nine children, to J.M.”Jewel” and Grace (Talley) Beaver. Mary graduated from Sugden High School. On Oct. 19, 1946 she and A.A. “Bud” Campiche were united in marriage. Following Bud’s death in 1978, she married George Ausbrooks on March 28, 1987. They were married for 17 years before his passing. She worked as a dental assistant for many years. Mary was an active member of the Comanche First United Methodist Church. She enjoyed ceramics, and was known as a great cook. Mary and Bud raised dairy cattle, and later parakeets.

Memorial contributions may be made to Comanche First United Methodist Church, 411 Oak Main, Comanche, OK 73529, or Comforting Hands Hospice, 1951 West Elk Avenue, Duncan, OK 73533, or to the charity of your choice.