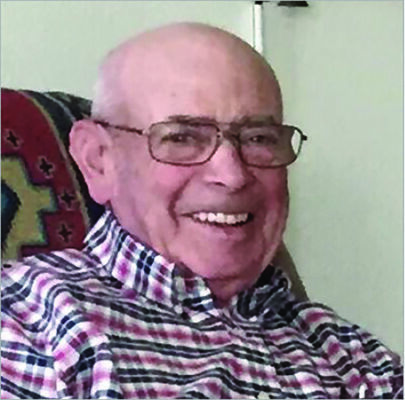 LTC Robert Z. Bezner (Ret.), 79, passed away March 4, 2021, in Las Cruces, N.M. Robert was a veteran that served two tours in Vietnam, and spent 20 years on active duty in the U.S. Army in the infantry and with military intelligence. He was awarded a Legion of Merit and Bronze Star with two Oak Leaf Clusters.

Robert was born July 17, 1941, in Manhattan, N.Y., to his parents Aaron and Rose Bezner. Robert attended Panhandle Agricultural and Mechanical College, in Goodwell, where he joined the ROTC program and met his wife of 60 years, Jean K. Bounds of Comanche. Robert and Jean were married Jan. 24, 1961, in Clayton, N.M. After graduation they began their military life and had three daughters, Leslie, Sherry, and Lisa Jo.

After retirement he held jobs with several military contractors, and with Apple Computers at Barstow Unified School District helping teachers use computers in their classroom.

Robert and Jean moved to Comanche, Okla., where they lived for 20 years on a small spread of land where they raised a few cattle and chickens and enjoyed pets and grandkids, grand nieces and nephews.

Robert enjoyed ﬁshing, being outdoors, learning new things and ﬁguring things out. His sense of curiosity lasted until his last days. He loved the wide-open expanses of the Southwest after growing up in New York City. He was passionate about tracing the ancestry of his family. Robert spent the last several years of his life in Las Cruces, which he enjoyed very much, and taking care of his wife as her health and mental state declined.

Robert is survived by his daughters; Leslie Bezner of Las Cruces, N.M., Sherry Fick and her husband Daniel of Livingston, Texas, Rev. Lisa Jo Benzes of Raton, N.M. His sister Judith Fruge and her husband Alden of Alameda, Calif. Grandchildren Beau Fick of Hays, Kan., and Shelisa Nelson and her husband Skyler of Tyrone.; sister-in-law, Joan Shutts of Comanche, and niece Cari Montgomery of Duncan.

He was preceded in death by his parents and his brother David Bezner. His wife passed away on his birthday in 2021.