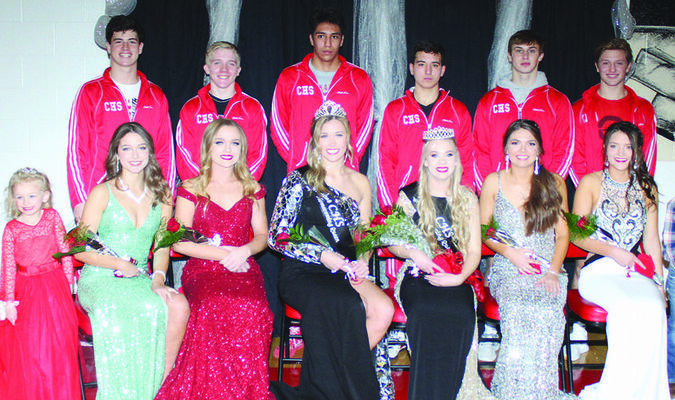 The Comanche wrestling team had no problems winning their first home dual of the season, defeating Pauls Valley, 78-0, in a night that featured homecoming and senior night.

Not only did Comanche win all 13 matches by either fall or forfeit, they only gave up two points in the individual matches combined.

The win comes after the Indians suffered a pair of close losses last week at a three-way match with Blanchard and Perry.

It was a good way to rebound, according to coach Casy Rowell.

“The boys wrestled good,” Rowell said. “It was good to get that win on senior night and homecoming. Their coach is kin to me and he's done a great job over his career, so to be able to beat a team like that, by that margin, I feel really good about where our team is at right now.”

In the three-way dual, Rowell said they suffered some tough losses.

“We lost a lot of matches by a point and overtime matches and it was kind of frustrating because we can win those types of matches, so I was disappointed in not being able to finish some of those,” Rowell said. “But, that’s just being a part of the sport. I’m hoping we learn those lessons down the road, so we can use those at regional and state.”

Comanche is hosting the district tournament this Thursday with five other teams (Sulphur, Davis, Plainview, Holbert and Lexington) at the Stephens County Fairgrounds beginning at 1 p.m.

In junior high action against Pauls Valley, Comanche was also a big winner, taking a 58-0 shutout.