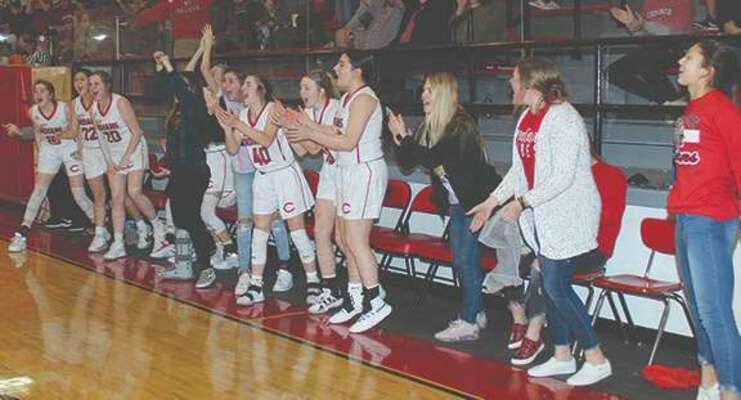 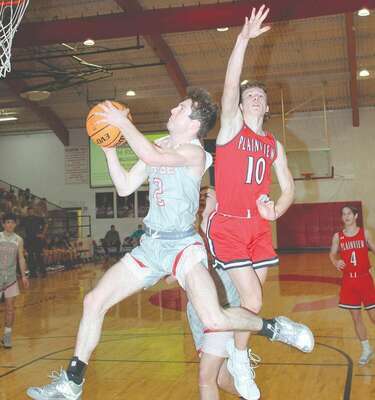 Down by as many as 19 points in the second quarter, the Comanche Lady Indians did not give up. The Comanche girls steeled their nerves and slowly began to chip away at the Plainview lead last Friday night. With just 30 seconds to go in the fourth quarter, sophomore Gracee Miller banked in the tying shot that would send the game into overtime.

With all the momentum, Comanche outscored Plainview 12-5 in overtime to take the improbable 48-41 win.

“We just couldn’t buy a basket in the first half,” said Megan Robbins, head coach. “I told the girls at halftime that we had only made three shots from the field. We were something like 3-for-18, but I told them I knew this group could turn it around and they bought into it. We had their big girl in foul trouble and we just kept going after her.”

The plan worked. Plainview’s Riley Grant, a 6-foot-1 post player, fouled out halfway through the fourth quarter, which took out a key rebounding and defensive threat for the visitors.

“Once she was out, it freed up things on the inside for us,” Robbins said. “Shayson (Hodges) had a good game under the basket and Kinley Rendon hit a big three-pointer down the stretch. Gracee went 10-for-10 from the free-throw line. I challenged them at halftime that somebody had to step up and score points and they did.”

The win was the fifth in a row for Comanche and Robbins thinks her team being able to pull off a comeback like that will go a long way in helping the team with their confidence.

“I think they got their egos knocked a little bit at county and deservedly so because we didn’t play well,” Robbins said. “They need to know they can compete with teams like this when it comes to the playoffs.”

It was a huge win against a ranked Class 4A team that came into the game with a 12-5 record.

“I told the girls to enjoy the win tonight, but tomorrow we’ve got to get back to work,” Robbins said. “I couldn’t be more proud of them, I really couldn’t.”

The early signs of the comeback started to show late in the second quarter. With Plainview up 23-4 at the 3:51 mark, Comanche outscored the visitors 8-1 the rest of the quarter to cut the lead to 24-12.

Plainview managed to keep the lead in double digits in the third quarter to take a 30-17 lead into the final quarter and was seemingly well in control of the game.

Comanche, though, got the lead down to nine points a minute into the fourth and slowly reeled Plainview in. Miller scored 13 of her team-high 22 points in the fourth, including the game-tying shot that sent the game into overtime, the first tie of the game.

Hodges sank a free throw to open scoring in overtime to give Comanche its first lead of the game. They would never trail again.

Jasmine Francis then got a steal and lay-up to push the lead to 39-36. After Plainview cut it to 39-37, Rendon knocked down a three-pointer with 2:32 to go followed by a basket 30 seconds later by Caity Blair that pushed the lead to seven points. Plainview was never able to recover, never getting any closer than five points the rest of the way.
Scoring

Like the girls game the boys’ contest went down to the wire and once again Comanche would get a shot it needed to win at the end.

The game was close from start to finish with severa