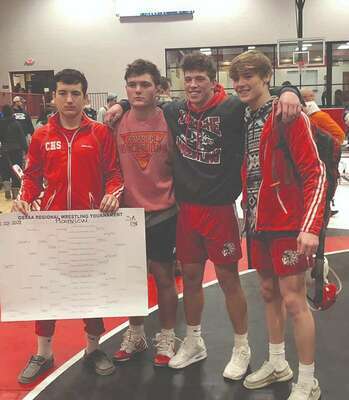 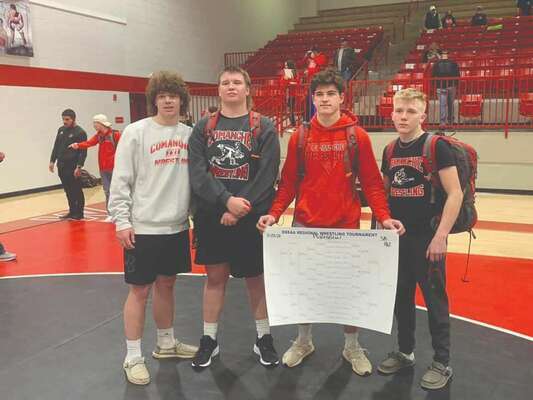 Eight Comanche wrestlers qualified for this Saturday’s Class 3A State Tournament at the Big House in Oklahoma City.

The tournament had been delayed due to extreme cold and then delayed again due to a snowstorm, forcing wrestlers to compete in regional and state tournaments in the same week.

Cade White (heavyweight) made it all the way to the regional final and finished second. Bryson Evans (160) was third. Tucker Oliver (132) and Kasen VanBuskirk (170) finished fourth. Gunnor Yates (126) and Owen Bigford (195) finished fifth.

Those eight will join Gracie Yates (118), who qualified for the girls’ state tournament two weeks ago.

"I thought the team performed well at regionals," said Casy Rowell, head coach. "We were able to qualify eight out of 13 guys in a very competitive regional. I think we surprised some other teams by how we finished."

Rowell said it has been a challenging year due to COVID-19 and injuries.

"I thought the team did a great job handling all the adversity and finding a way to overcome it," Rowell said.

Marlow won the regional with 276 points, followed by Comanche with 177 and Vinita was third with 171.5 points. Bridge Creek finished fourth with 165.5 points and Salina was fifth with 151 points.

The girls' state championship is Thursday.

"I am excited to go to state this weekend and see what this team can do," Rowell said. "I truly believe we have not reached our peak yet."