Making up for lost time in Senate 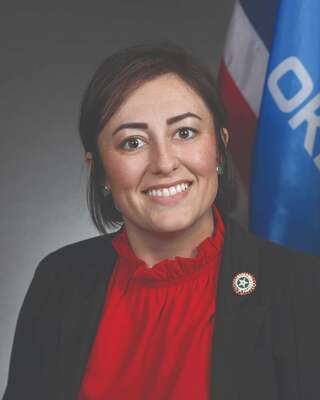 This week is the committee deadline for Senate bills. While we had been moving quickly, the historic winter brought work to a screeching halt. The Senate had to shut down Monday through Wednesday last week putting 16 committees on hold along with all their bills. We did our best to move some of those meetings to Thursday and Friday, but we’re still behind and will have to make up for lost time.

I hope everyone is doing well after the record cold and snowstorms. The weather was brutal, and I want to thank our utility workers, first responders, law enforcement and others who continued working to keep us safe. Our prayers are also with our farmers and ranchers who worked tirelessly to protect their livestock, so our state and nation will have food.

Many have asked why we had rolling blackouts. Oklahoma is part of the Southwest Power Pool (SPP), a regional transmission operator that runs the electrical grid in parts of 14 states from the Dakotas south to Oklahoma. When southern states were hit by this historic winter weather, the SPP didn’t have enough electricity because the coal and natural gas plants couldn’t keep up with the significant increase in customer demand. Wind turbines also were frozen since in the south, they’re rarely built with de-icing and integrated heating, which cut electricity production significantly. Solar energy was also of little help due to the overcast weather.

There are nine grid operators in the U.S., known as regional or independent grid operators (RTOs and ISOs). These nonprofits’ members include utilities and other entities involved in power transmission, marketing and generation.

The grid operator for most of Texas is the Electric Reliability Council of Texas, or ERCOT, which experienced a massive failure that left most of the state without power for hours or days.

As the power demand exceeded the supply, the SPP was forced to declare a “Level 3” emergency event requiring rolling blackouts systemwide. This was necessary to protect the integrity of the entire grid. Had they not done the temporary blackouts, we would have been like Texas and had much longer, sustained outages.

I know we’re all concerned over the extraordinary natural gas prices. These not only affect natural gas customers, but electric as well, being most of Oklahoma’s electrical system runs on natural gas. The governor, legislative leaders and other state officials have been working on a mitigation plan to protect Oklahomans from extreme utility bills. The AG’s office is investigating if the market prices fall under the state’s Price Stabilization Act, which prohibits an increase of more than 10% on products and services after a disaster is declared. The legislature is also working to see how they may be able to help citizens and businesses.

Our federal disaster declaration was approved for all 77 counties, allowing Oklahoma’s various levels of government to seek reimbursement for costs incurred by their disaster response efforts. However, this declaration doesn’t include assistance for individuals or businesses that sustained damages from the winter storms.

They’re working with FEMA to secure more assistance and asking all citizens to report any damages incurred to damage.ok.gov. This includes home or business flooding; power surges that damaged appliances or electrical systems; number of days without water, electricity, or gas; any injuries sustained; and time displaced from one’s home or business due to damages or lack of utilities.

Fortunately, the State Board of Equalization certified revenues higher than expected for the FY’22 budget. We’ll have just over $9.6 billion to spend. We must be careful, though, as over $1 billion of that is one-time funds that won’t be available for the following budget year. We’ll need to use part of that additional money to help cover the voter-approved estimated $200 million Medicaid expansion, $115 million for property tax reimbursements and another $600 million in one-time funds that were used to balance the FY’21 budget. We may also be able to use some of this funding to help address the issues related to the high natural gas prices and consumer bills.

In closing, suspected price gouging can be reported to the AG’s office at consumerprotection@oag.ok.gov or (405) 521-2029.
If you have any questions or concerns on legislative matters, please contact me at the Capitol. Please write to Senator Jessica Garvin, State Capitol, 2300 N. Lincoln Blvd. Room 237, Oklahoma City, OK, 73105, email me at Jessica.Garvin@oksenate.gov or call (405) 521-5522.