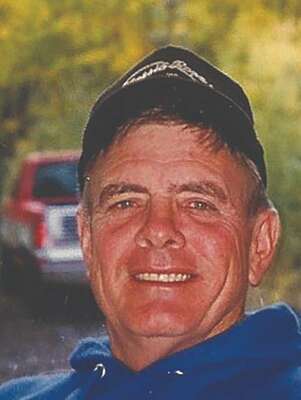 Joel Elton Apple was born at home west of Comanche to Elton and Maurice Ferguson Apple on July 30, 1940 the second of five children. He passed away suddenly and peacefully at home on February 18, 2021.

Joel grew up on the family farm and later returned to live there with his wife, Regina. He attended grade school at Oak College and graduated from Comanche High School in 1958. He attended Oklahoma State University.  He joined the U.S. Air Force in 1959 and was stationed in Brownsville, Texas where he served as an aircraft mechanic  for  4 years.

He worked as a HVAC mechanic at Halliburton Services and retired after 32 years.  He then worked for Garratt-Callahan and conducted water treatment monitoring for 12 years. He farmed and raised cattle all his life. He worked seasonally at Sorrell’s Nut House for the last 10 years.

Joel’s parents took him to Friendship Missionary Baptist Church for the first time in a basket as a newborn baby. He became a member there as a teenager and was an active member all of his life.  His most valued work was for the Lord as the youth group van driver, song leader, church maintenance man, and Sunday School teacher. As Joel grew older, he became a faithful prayer warrior and spent every morning in Bible reading and prayer.

Joel married Regina Sorrell on Feb. 2, 1973. They loved to laugh about sharing their anniversary with Groundhog Day every year.

His hobbies throughout his life included hunting, fishing, team roping, and camping at the lake. He and his wife spent many happy times 4-wheeling in the mountains of Colorado, New Mexico, and Arkansas with family and friends.

He was a big part of his grandchildren and great-grandchildren’s lives  He treasured special times with his grandkids. He poured his affection and attention and time and love into teaching them country life and fun activities. He loved taking them riding on the 4-wheeler, playing in the creek, and raising miniature donkeys.

Joel never met a stranger and loved to strike up a conversation with everyone he met.  He was known to so many as fun, kind, thoughtful, helpful, and a wonderful Christian man.

In lieu of flowers, memorials may be made to Friendship Missionary Baptist Church, P.O. Box 604, Comanche, OK  73529.