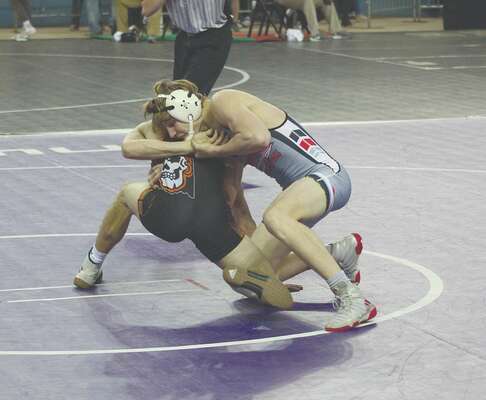 The Comanche wrestling team has been making the most of the new schedule change as they prepare for Dual State this Saturday.

For the first time in recent memory at least, Dual State takes place after the State Tournament. It has also extended the season to mid-March, another oddity.

“It’s been a weird feeling,” said Casy Rowell, wrestling coach. “We’re only one of eight teams in our class doing this.”

Still, the team has been making the most of the opportunity.

“(Practice has) been good,” said Casy Rowell, wrestling coach. “We’ve had some two-a-days and taken some days off. We wanted to get the work in, but not overdo it.”

Rowell said his team is healthy and does not seem to have suffered any burnout from the long season.

“We haven’t had any burnout,” Rowell said. “The coaches were concerned about that when we saw the schedule, but we had so many wrestlers playing football in an extended season who didn’t get started until November.”

The Indians, the defending state champions, are the No. 6 seed and open with No. 3 Blackwell at the Stride Bank Center in Enid at 4 p.m. The winner will advance to take on the Jay-Vinita winner at 5:30 p.m. and the championship match is at 7:30 p.m.

“We have a tough first-round draw and are going to have to upset Blackwell,” Rowell said. “I think we could surprise some people. Those guys who didn’t wrestle in the state tournament have been working hard and are starting to peak at the right time.”