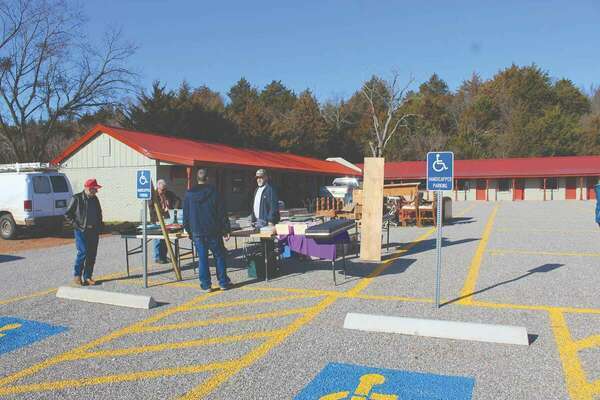 It was several months in the making but the Chisholm Trail Trading Post opened its doors to shoppers last Saturday.

The City of Comanche had received a USDA rural grant to remake the old Comanche Motel into a flea market that features 19 indoor booths and space for several outdoor booths.

“It was an amazing day,” said Chuck Ralls, city manager. “We had approximately 700 people come through the trading post this weekend. For an opening day, I couldn’t have been more pleased. It far exceeded my initial expectations.”

Ralls said there is still a lot of work to do at the facility.

“But,” added Ralls, “this showed us we were on to something good.”

Ralls said he spoke to several businesses in Comanche and they all had a strong weekend of sales, which he hoped was the result of the new trading post.

While all the indoor booths were open, there were only two outdoor spaces occupied, which Ralls said he hopes to see an increase in the coming as support grows and the word about the flea market gets around.

“I only see continued growth for the trading post and Comanche,” Ralls said. “I’m thankful for everyone that came out and supported it.”