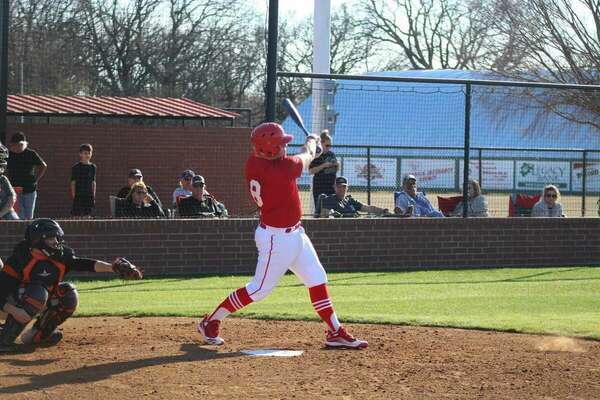 After getting to play just a couple of games last season, the Comanche baseball team is revving up for what will hopefully be a full season.

Comanche coach Toby Wilson is not only excited about just being able to play, but he is also excited about his team. The team may be young with only two seniors (Wyatt Martin and Lake Epperson), but Wilson thinks he has all the elements to have a successful season.

"I've had about seven guys in the off-season working out," Wilson said. "We've prepped since Dec. 1 to go back to work this spring."

Pitching is absolutely crucial to any team's success and Wilson thinks he will have the arms in order to do that. That staff would be anchored by Martin and Bryson Evans, a junior.

"If you're going to rebuild, you want to start with pitching and defense," Wilson said. "Offensively, we currently are looking good and are super athletic."

Evans hit leadoff the past two seasons and will be an important bat in the line-up again. When's he's not pitching, he will be at shortstop.

"Bryson is a leader and he is someone I will look at to lead us in every aspect of the game," Wilson said. "We've got some others like Logan Bain and Owen Bigford who are injured right now and will miss the first couple of weeks, who will normally start. But, I am getting the Ellis (Myles and Dillon) twins, and it's good to have those kinds of kids in the line-up and it instantly gets better."

The Ellises are freshmen and there will be much more youth on display for the Indians this season.

"We have our seniors (Martin and Epperson) and Lake hasn't played in a few years. He played a little this summer and decided he wanted to play his senior year. With Wyatt, I'm hoping this is his breakout year kind of like (Bryce) Hendricks started out last year in those first two games really hot. We're hoping Wyatt can have that type of senior year. "

One of the Ellises will be playing second base. Brady Dobbins, who started as a freshman at second base last season, will be moved over to third.

Dylan Ellis will more than likely get the call to catch at the beginning of the season since Bigford, the starter for the past two years, recovers from injury.

When it comes to the outfield, Wilson does not see a set line-up right now as there are many possible combinations.

"We've got about six or seven, we're just trying to find the best three, and it really comes down to how they do offensively," Wilson said.

The Indians open the season during Spring Break next week at a tournament in Broken Bow. They are making the most of the trip by staying at a cabin for a week.

"We talked about it and we've gone to the Tuttle tournament in the past, which is a very prestigious tournament with the best teams in the state from Class A to Class 6A," Wilson said. "Some of the parents came to me and suggested traveling on Spring Break instead of going back-and-forth to Tuttle every day."

The baseball boosters and the players then went around and drummed up financial support for the trip in access of $2,500.

"The community supporting Comanche is second to none," Wilson said. "It's really, really special what has gone on and we, as a team and coaches, really appreciate it. You don't see support like that in other places."

While the coach thinks it could be a slow start to the season because of their youth, he is more than pleased with the team he has to work with.

"I think there will definitely be some growing pains early, but these guys are committed," Wilson said. "Not only are they committed on the field, but also in the clubhouse. I'm super excited about baseball in general, but the kids have put in the extra work. It's always fun to be a part of that kind of group that's willing to go the extra mile."