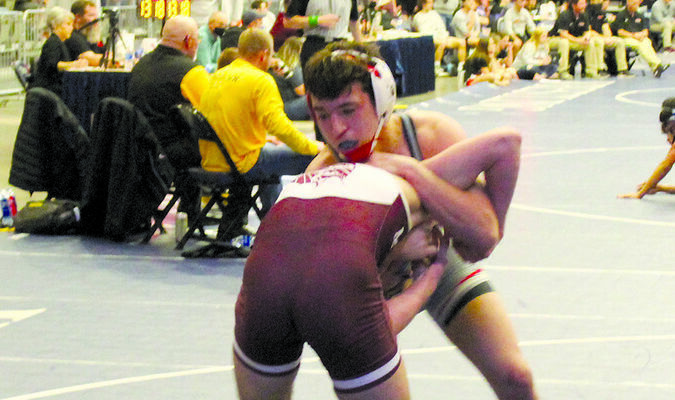 Lake Epperson has been wrestling for many years and the Comanche senior reached one of his goals when he was recently named to the Small West All State wrestling team.

“It’s not necessarily been a dream of mine, but it’s something I wanted to do for a long time,” Epperson said. “I just watched some older guys when I was little make All State and thought it was pretty cool and a pretty good accomplishment.”

Epperson placed three times at the state tournament and was an important cog in Comanche’s 2020 state championships. He didn’t reach his ultimate goal of being an individual state champion but he still considers it a successful career. He went 23-7 in his senior campaign on the mat.

“It was great to be able to wrestle in the state tournaments,” Epperson said. “My biggest dream was to be a state champ, but I got fourth, second and third and not many kids get to go and be a three-time state placer, so, I mean, I look at it like that and there are bigger and better things at the end of the day.”

Epperson is mulling over offers to wrestle at college with most of the offers coming from out-of-state.

His coach Casy Rowell is proud of his senior for making the team.

“Congratulations to Lake Epperson, he earned this award with all his dedication and sacrifice,” Rowell said. “He has been a privilege to coach. He has a bright future. I will continue to support him in whatever he chooses to do. He is coachable, tough and motivated.”