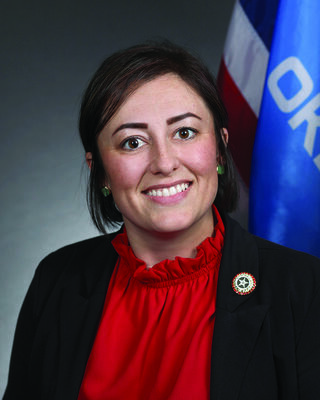 A lot has been accomplished in our first 12 weeks with more coming. This Thursday is the deadline to report bills from the opposite chamber off each floor. We’re working through the final 200 House bills, having approved around 125 last week.

Among the bills that aren’t subject to this week’s deadline are redistricting and appropriations measures, which we will continue to work on in the coming weeks. Also, any bills that both chambers like, but can’t agree on language for, will be sent to a conference committee to try to finalize.  We’ll see many bills assigned to these joint committees soon. Each committee will look at the issue and the proposed amendments and try to come up with compromise language that they believe will be agreeable to both chambers. The bills will then go before the House and Senate for final consideration.  If approved by both chambers, they move on to the governor’s desk. If not, they’re considered done for the session.

Three of my bills were sent to the governor’s desk this past week.  SB 208 modifies procedure related to declaring the father on a birth certificate to include the husband’s name if the couple was married at the time of birth, or any time during the 300 days before the birth. If the mother wasn’t married at the time of birth or throughout the pregnancy, the father’s name will show up if both the mother and father have signed an acknowledgement of paternity. The bill further authorizes the State Commissioner of Health to secure electronic commission of information necessary to comply with the Uniform Parentage Act or to assist with Department of Human Services (DHS) programs.

HB 1059 will help speed up the process of issuing and renewing commercial driver licenses (CDLs) in Oklahoma. It removes provisions that currently allow commercial learner permit holders to take a CDL knowledge and skills test without training. This change reconciles state statute with federal law set to go into effect in 2022. The bill also authorizes local tag agencies to issue renewals, replacements, change of addresses, and downgrades of REAL ID compliant and non-compliant Class A, B or C licenses, making the process more efficient for customers. It further authorizes agents to review identification documents for REAL ID compliant and non-compliant CDL’s and allows agents to issue a REAL ID compliant and non-compliant ID card to a customer even if their license is expired or suspended as long as they have an existing DPS driver license file. Third Party Examiners (non-DPS CDL examiners) will be allowed to test anyone with a CDL permit. Finally, the bill removes the cap on fees designated examiners may charge to administer a Class D skills test. These important changes will go into effect upon the governor’s signature.

HB 1902 provides that the safety plan monitor of a child who is under such a plan with DHS may, if the child’s parent is unavailable, authorize medical or dental treatment or examinations, which are necessary for the child’s well-being.

In other news, we approved two extremely important bills for all Oklahomans. They address the $4.5 billion in energy costs our state sustained during the historically low temperatures in February. We were given an example that if a utility customer typically receives a $100 monthly bill that without legislative action, they could have seen their bill jump to around $2,000 the first month, followed by around six months of slowly tapering bills. This was simply not an option for Oklahomans, and the Legislature is taking action to spread out those energy costs and help monthly bills increase by only a few dollars on average based on individual customer’s usage.

The Attorney General is also continuing his investigation into price gouging and any possible market manipulation. If he finds anything, those recovered funds will be used to pay down the state’s overall energy bill, further helping lower the impact to customers.