The difference between 'partisan' and 'political' 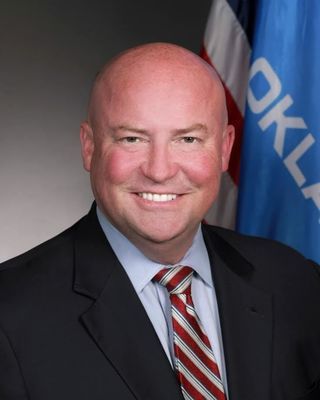 Now that the party nominees are set for the General Election in November, I wanted to write about the difference between what is “partisan” versus “political.”

As the calendar creeps toward November 3, all of us will be bombarded with rhetoric from politicians seeking our votes. We must be able to decipher what is in our best interest and how you prioritize who should receive your vote.

First, let me set the stage. The Oklahoma Institute for Child Advocacy is a 501(c)(3) organizations, and we are restricted by the Internal Revenue Service. OICA, like all 501(c)(3) organizations, are prohibited from directly or indirectly participating in, or intervening in, any political campaign on behalf of (or in opposition to) any candidate for elective public office. That means no contributions, no endorsements for or against any candidate for office can come from OICA. If we did this, it would cost us our tax-exempt status and subject us to certain excise taxes.

We can do some things – activities that are in the public interest and which are issue-driven. For example, certain voter education activities (including presenting public forums and publishing voter education guides) conducted in a nonpartisan manner are allowed. We can encourage people to participate in the electoral process, such as voter registration and get-out-the-vote drives so long as they are not directed for or against a candidate. Nonprofit organizations can spend up to 20 percent of their budgets on such activities so long as they fall under their mission statements.

This is one of our primary functions. We are charged with creating awareness, taking action, and supporting policy to improve the health, safety, and well-being of Oklahoma’s children. Our board is made up of members with diverse backgrounds, including former elected officials from multiple parties and various interest groups.

One has to ask: is it possible to be political and nonpartisan simultaneously? The short answer is yes. According to Merriam Webster, one definition of whether something is “political” is “of, relating to, involving, or involved in politics and especially party politics.” To be “political” is to be involved in government and the various systems allowed under our written law – in short, to affect policy. To be “partisan” is to advance the agenda of a political party through the election of candidates or promotion of the platform adopted by the party.

We do not try to elect people; we try to move those who are elected to make decisions that are in the best interest of Oklahoma’s children. When you fight for causes, it is possible to be involved in government without exclusively taking either of the parties’ side.

More Americans must become engaged in the process beyond the elections. Elections are the kickoff of the game, to use a sports metaphor; policy is made between the kickoffs every two years. That is where OICA can be involved, and where every one of us must be involved.

If we do not hold our officials accountable beyond Election Day, then we leave the decision-making process to nothing more than partisanship. Partisanship is a very poor way to make decisions because at least one group will be left out. Not begrudging political parties as they do serve a purpose to build engagement, I feel we need to govern beyond just a partisan divide. Oftentimes, the best decisions are those that are made when all concerned come together, discuss and debate, and then make the decision.

Nonprofits are here to do a job. For OICA, our job is to focus on Oklahoma’s kids.

For us, making a difference is far easier when officials care about what is best for all their constituents instead of just what is best for the partisans in the political parties. And it is our job to help them see that path.

In this critical time for our state and nation, please consider how you will remain involved past November 3, especially in what is for the best interests of the children of Oklahoma.

Good news, but still work to be done

The foundational role of literacy