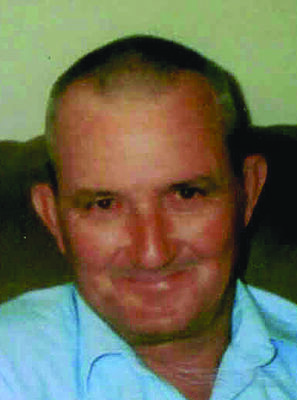 Jerry Allen Phelps, a longtime resident of the Meridian area peacefully passed away on Friday morning,  April 23, 2021 at his home.  A funeral service was held on Tuesday, April 27 at Prairie Hill Church Of Christ, with Mario Pineda officiating.  Interment followed at Fairlawn Cemetery, under the direction of Comanche Funeral Home.

Jerry was born Sept. 29, 1946 in Hartshorne to David A. and Myrle E. (Ivie) Phelps.  He and Sandra Straily were united in marriage on May 26, 1967 in Wilburton.  They have been residents of this community for over 46 years. He was a member of the Prairie Hill Church Of Christ.  He worked for Union Pacific Railroad for many years before his retirement. Jerry received the Pat Bowles Spirit Of Relay Award.  He loved playing marbles with his wife, sister, and brother-in-law; he also loved spending time with his family.  He enjoyed hunting and fishing, woodworking, and fixing things. He truly loved being a Papa.

Jerry was preceded in death by his parents, David and Myrle Phelps; his siblings: David and Edith Phelps, Jack and Marie Baxter, Jean and Grover Reed, George Phelps, Pee Wee and Haskel Daugherty, Junior Phelps, and  sister in law Linda Phelps; great-grandson Killian Stegall; his father in law and mother in law, Floyd and Geneva Straily; extended family Andrew and Cindy Stumblingbear; numerous nieces and nephews; and his best friend, Ross Turkett, with whom he loved sitting on the front porch.