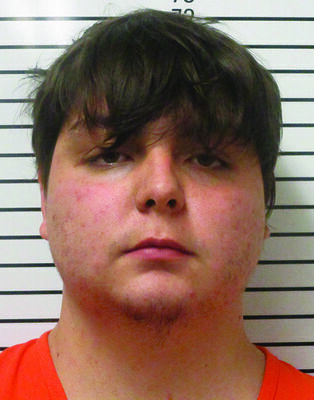 A Comanche man was arrested last Tuesday on two counts of rape of a victim under 14 on separated incidents in January.

According to court records, Noah Christian Smith, 20, of Comanche told the alleged victim he was 15 years old.

The victim in a statement on April 27 said Smith pushed her into dating him and that they broke up four days later.

A friend that was staying at the victim’s house contacted Smith, Smith went to the house where he was let in by the friend of the victim.

Upon entering the house, he allegedly assaulted and raped the victim. He also allegedly choked her when she told him to stop.

The next night, Smith allegedly came back and raped the girl again.

Between the victim’s statement and findings on social media, the Stephens County Sheriff’s Department arrested Smith on April 28, where he was booked into the county jail on a $500,000 bond.

Smith is also a suspect in another sexual assault with similar details in another jurisdiction with the victim with physical and mental similarities in the Stephens County case.