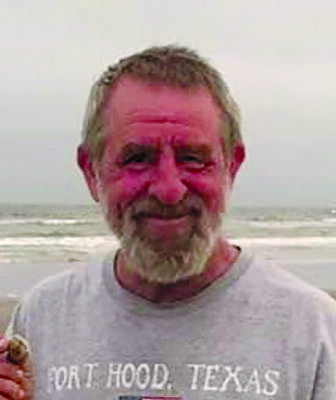 Richard Dale Tilley was born to John Doyle and Annabelle (Williams) Tilley on May 28, 1954 in Duncan, Oklahoma. He grew up in Comanche in a large family and loved playing on the creek with his nephews, Ronnie and Charles White, and the other neighborhood kids.

While at Comanche High School, he played football, liked to drag race and drag main, and met the love of his life, Lynn Henderson. Ricky and Lynn were married on Sept. 7, 1973 at Comanche First Baptist Church.

After their wedding the couple lived in Houma, Louisiana where their 3 daughters were born. Ricky worked offshore oil rigs throughout the Gulf of Mexico as a wireline consultant, including for Klein-Deco Wireline, Macco Schlumberger, and Wireline Consultants. He loved southern Louisiana and all the friends he made while living and working there. He stayed in touch with special friends, including John and Melanie Barr, and was often heard telling stories about their adventures and escapades.

In 1981 they moved back to Comanche and bought a historic home he and Lynn spent their time renovating. Ricky could build or repair almost anything, and was creative and artistic. He also used his talents to work on and build old cars. He loved cars, telling stories, and watching TV shows.

A happy, easy-going person, Ricky was always helping people out. He loved his family, kids and grandkids, who often describe him as a "Knight in Greasy Overalls" who was always coming to their rescue. He would drop anything to help his kids.

Ricky recently told his life story to his granddaughter for a school project. In it he says his proudest life accomplishment is his family, his life motto was "work hard and help others however you can", and that no matter what life throws at you, "always look for the bright side."

Lynn and Ricky were married 47 years, and added 7 grandchildren to their family. He retired from Oklahoma Department of Transportation where he worked as a Diesel and Heavy Equipment Mechanic.

Ricky left peacefully on May 31, 2021, at home surrounded by his wife, three daughters, and grandchildren. He was welcomed into his heavenly home by his parents; sister Patsy and her husband Robert White; sister Winnie and her husband George Radino; brother Jerry Tilley Sr.; brother Freddie Tilley, Sr. and his wife Betty; brother James Tilley; and nephew Charles White.

Interment followed at Fairlawn Cemetery under the direction of Whitt Funeral Home.

Memorial contributions can be made to Duncan Cancer Center or Chisholm Trail Hospice.