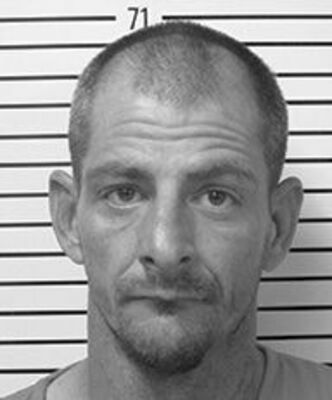 According to court records, Timothy Shane Blackerby, 37, of Comanche is being charged with grand larceny and conspiracy to commit grand larceny after allegedly stealing a lawnmower and trailer and then later selling them.

According to the affidavit, Blackerby, along with Michael Shivers and Stephanie Weir, drove to a house on Oklahoma Hills Road late one night in November and stole the lawnmower and trailer from a residence. The vehicle used was allegedly caught on a neighbor’s surveillance video driving down the road with the trailer and mower.

Shivers told deputies that they went to Oklahoma City to try to sell the items. Shivers said that Blackerby coordinated selling the two items for approximately $1,450.

Blackerby told deputies in December that he did not participate in the theft, but did admit trying to help sell the mower and trailer.

In January, the victim of the theft called the Sheriff’s Department and reported he had seen his mower for sale on Craigslist. He said he knew it was his because he put after-market nuts and bolts on the mower and was the only person who knew where they were.

The Choctaw Police Department was called and informed of the situation since it was in their jurisdiction. A family member of the victim called and arranged for a meeting to see the mower. When the meeting took place, Choctaw Police took possession of the mower and arranged for a pick-up of the mower by the victim. The person who put the mower up for sale in the Craigslist ad was not charged in the crime since police did not believe he knew the mower was stolen.

On June 8, while appearing before the judge, the assistant district attorney advised the court he was going to file charges against Blackerby for the alleged crime that happened while Blackerby was out on bond. The judge revoked Blackerby’s bond and remanded him into custody.

When the deputy in the courtroom attempted to place Blackerby in handcuffs, Blackerby allegedly resisted. After a three to four-minute struggle, other deputies arrived to assist and Blackerby was taken into custody.

Later on jail staff reported that Blackerby had been blind booked due to being uncooperative and yelling and screaming at the staff. He was charged with misdemeanor assault and battery of a peace officer and resisting arrest.

A calling to help people leads Branch to become...