And the rockets red glare 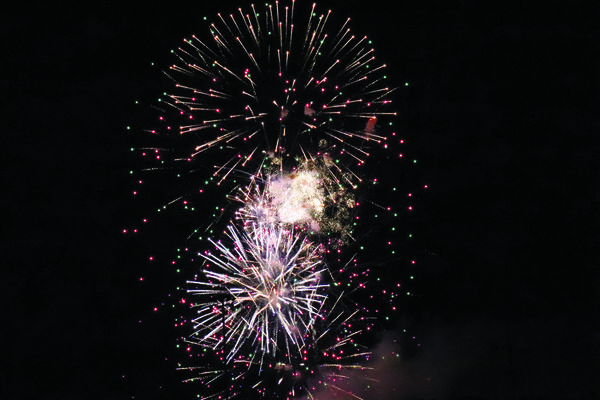 (Editor's note: The digital version of this story has been updated with additional quotes.)

Comanche celebrated Independence Day with a fireworks show that almost did not happen.

The city had traditionally purchased roughly $8,000 in fireworks for the annual show but did not feel it would be prudent considering the rough year the city endured financially in 2020 due to the COVID-19 pandemic.

Through an effort spearheaded by Trey Clinkenbeard, the funds were raised by local businesses and private donations. All the money needed was able to be raised.

The fruits of their labor were easily seen Sunday night with vehicles lined up all along the Field of Dreams and the nearby school and business parking lots.

The approximately 25-minute show, set up and put on by the Comanche Fire Department, was well received by those in attendance as a large round of applause could be heard after the grand finale.

“It was one of the biggest crowds we’ve ever had. I think doing it on a different night than Duncan and Marlow created a bigger draw,” said Chuck Ralls, city manager. “The fire department did an excellent job putting the show together, I’m grateful for their efforts. The police department did an amazing job facilitating the traffic flow to get everyone dispersed quickly and safely.”

Ralls pointed out that the city has created a Fourth of July revolving fund.

“People can donate to the fund year-round and the funds will be used to continue the show and hopefully help it grow,” Ralls said. “We are open to suggestions on how we can make the day and event even better.”

"The bugs weren't even as bad as we thought they were going to be," Bivens said. "Everything went great. Every once in a while we had to manually set some off, so it might have caused a small delay, but everything went well."

Bivens said he heard nothing but positive things about the show.

"I had one person tell me it was the best show they had ever seen," Bivens said.