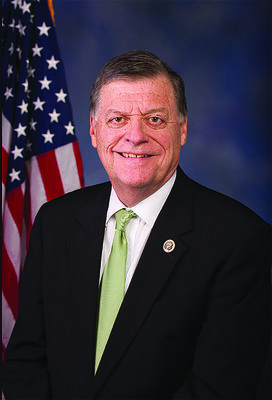 Over the past few weeks, the House Appropriations Committee, on which I serve as the Vice Ranking Member, has been working on the 12 annual bills that fund the entirety of the federal government. Indeed, the appropriations process is one of the most important functions of Congress and has generally been bipartisan with Democrats and Republicans working together to complete one of Congress’s most critical roles. That is, until this year when Democrats broke from this tradition and eliminated the lifesaving Hyde Amendment.

Unfortunately, there are many serious issues with the bills reported out of the committee this year, including short-changing our national defense, poison pill policy riders and unprecedented government spending levels. However, the most egregious yet is Democrats’ decision to leave out two longstanding and traditionally bipartisan pro-life provisions in the Labor, Health and Human Services, Education and Related Agencies bill.

Indeed, Democrats made unfortunate history by removal of the Hyde Amendment, which has since 1976 rightly prohibited abortions from being funded by federal taxpayer dollars and protected the conscience rights of Americans.

For over 45 years, the Hyde Amendment has saved more than two million lives nationwide and 47,000 lives in Oklahoma while also protecting the conscience rights of the majority of Americans who are opposed to publicly funded abortions for religious, moral or fiscal reasons. The Hyde Amendment has been supported by presidents and lawmakers of both parties since it was enacted, including President Biden who flip-flopped his position when he recently submitted his budget request to Congress and recommended removal of this important pro-life amendment.

In addition to doing away with Hyde, I am very alarmed by Democrats’ decision to remove the Weldon Amendment, which has since 2005 protected health care providers and professionals who morally object to performing an abortion and ensured they are not forced to participate against their will in such procedures.

As the top Republican on the subcommittee where the bill originated, I offered an amendment to restore both of these important provisions. I was deeply disappointed that Democrats refused to include my amendment when given the opportunity to side with the vast majority of taxpayers. It is important to note that every Democrat that voted to exclude such provisions has voted in favor of them in the past.

Gutting this language that has been included in appropriations bills for decades is not only an overreach by the far left, but it also threatens to destabilize the entire appropriations process since appropriations bills will never become law if this language is not included. Democrats in Congress simply do not have the majorities capable of passing this bill without Republican votes. The United States Senate will never pass this bill without the Hyde and Weldon language, which means it will never reach the president’s desk. Not only is the Democrats’ plan wrong, but it is also destined for failure.

There is no moral equivalent to life and death. The preservation of one of our nation’s most enduring compromises to protect life and respect religious beliefs goes back over four decades. Any other issue falls far short of that standard. That is why I will vigorously fight to ensure both the Hyde and Weldon Amendments are included in any final agreement.

I am disappointed that Democrats did not rethink their course of action before the bill came before the full committee last week. In the weeks ahead, I will work tirelessly on behalf of the majority of Americans who oppose taxpayer-funded abortions. We must restore these lifesaving protections for unborn babies and not allow taxpayers to foot the bill.

The irony of a labor shortage on Labor Day