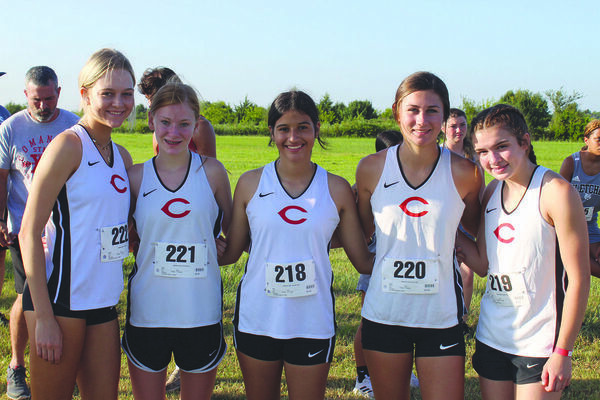 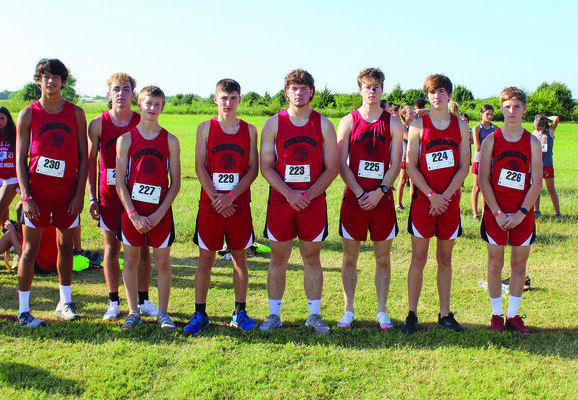 The Comanche High School cross country teams have some high expectations as some young runners have joined the high school ranks to help bring some depth to the teams.

The Comanche boys team features eight runners that will be led by senior Landon Ellis, who has placed in all three years at the state meet.

“I think we’re going to be pretty good this year,” said Jason Miller, head coach. “We picked up some speed and, of course, we always have Landon. “We have Brycen Lassley moving up to ninth grade and he placed in the top three in every race he ran last year in junior high. We also had a freshman move-in from Ryan (Koble Lewis) that’s run a lot of cross country, so we expect for him to help us out. Then we have Owen Bigford and Jaxson Billingsley who are already running better at the beginning of this season than they finished last year.”

Miller said he will have to wait and see how the younger runners do against high school competition.

“We’re going to put them out there and see what they can do,” Miller said.

After not having enough runners for team competition, the Lady Indians will be looking to see their team near the top of the list at meets.

“We’ve got five, which is enough for a team,” Miller said. “We’ve got Jaylee Miller that’s a three-time state qualifier and a state champion (her freshman year) that is a senior this year. We’ve got some ninth grade girls that are really going to help us out this year. All three of them were competitive in junior high and then we have a veteran in Sarai Alvarez coming back.”

The coach said he has high expectations for the boys and girls teams.

“I think this is going to be our best year in a long time,” Miller said. “I’m curious how we will do. The boys have a lot of ability, but the meets are hard and then there’s the maturity level. In boys, there’s a big maturity difference between seniors and freshmen where it doesn’t quite as matter as much for the girls. You can be a freshman girl and compete really well, but its hard for those freshman boys to compete against seniors. You will see boys’ times steadily improve from year to year. Girls might plateau a little more often, so that’s what I’m trying to see in these first races.”

“That’s not that much as a jump for the girls and they ought to be able to handle it,” Miller said.