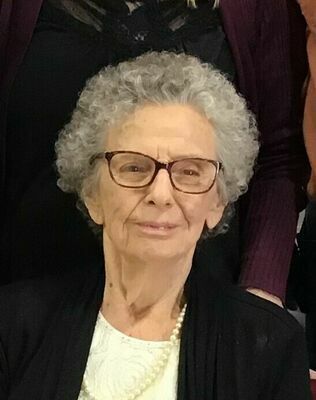 Maudie (Nancy) Fern (Hynson) Powers, lifelong resident of Comanche, Ok. passed peacefully Wednesday, September 8, 2021 at her home. A celebration of life will be held on Friday, September 10th at 2:00 p.m. at Countryside Baptist Church. Interment will follow at Fairlawn Cemetery, under the direction of Comanche Funeral Home.

Nancy was born March 13, 1929, in Duncan to Grover Cleveland & Rebecca Maude (Brown) Hynson. She and James Homer Powers were united in marriage on August 12, 1949 in Del City, OK, and worked at Tinker Airforce base.Nancy was the Last living Charter Member of Countryside Baptist Church. She was a member of the Home Extension Club. Also a member of the Duncan Arts and Crafts Association. She worked at Grundy Pharmacy in Comanche. Her and Her Husband owned Comanche Whites Auto and were carriers for the Duncan Banner for 35 years.

Nancy’s most important hobby was family. Her favorite hobby was fishing with her most important other half “Sugar” (Homer). She was a seamstress for life and when she wasn’t sewing she was crafting, making and collecting dolls.