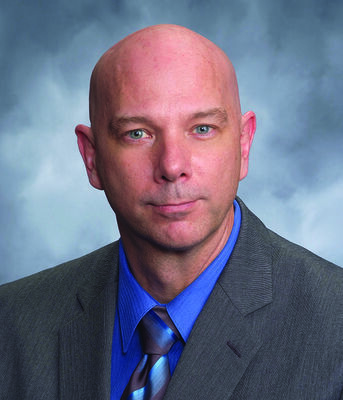 “I am never gonna defeat Zurg!” exclaims a frustrated Rex, the lovable cartoon Tyrannosaur as he plays a video game. “Look at my little arms!” In contrast to the terrifying dinosaur in Jurassic Park, Toy Story pointed out the absurdity of tiny arms attached to such a deadly monster!  I suspect they went extinct out of sheer frustration.

Another deadly beast with little arms emerged about the same time as Jurassic Park and Toy Story: the federal testing monster.  And just as those franchises that have spanned over two decades, today’s millennial parents cannot imagine an educational system without federalized testing.  Many of our current parents attended school during No Child Left Behind, and many of them carried Toy Story or Jurassic Park lunchboxes.  As much as they like the movie Tyrannosaurs, I suspect parents no longer like the testing monster.

Perhaps federalized testing started like the loveable Rex from the cartoon, but a T-Rex is a T-Rex, and it eventually needed to feed.  Twenty years into this adventure, little arms and hands may ultimately defeat the beast, however.  A Tyrannosaurus Rex cannot run a keyboard, but neither can our third-graders. Trust me, eight and nine-year-olds are just as frustrated as Rex trying to defeat the evil Emperor Zurg during marathon testing sessions. I cannot imagine how this is developmentally appropriate or valid, but third-graders often cry and/or vomit from the stress of taking their first high-stakes test under these conditions.  “Look at my little fingers!”

As you can imagine, third-grade is when Toy Story’s loveable Rex turns into the terrifying monster from Jurassic Park. Those absurd little arms become less cute as children are chased relentlessly for the next decade.  Teachers and administrators fear its wrath.  Parents tremble at its roar.  It has even invaded cities with completely arbitrary A-F scores that disingenuously compare communities and impact everything from property values to economic development. Those little arms aren’t so funny now.

To make it worse, parents and students emerge from the jungle as juniors and seniors only to discover that none of these tests had any bearing on their college or career readiness.  The vomiting and crying begin again as they face ACT, SAT, ASVAB, and other vocational tests that employers, recruiters, and colleges actually value. We spend so much time running from the federal testing dinosaur that we never really prepare students with essential skills and assessments that impact adulthood.

Perhaps we have given the big-headed, little-armed beast too much credit – like Tiny the dinosaur from Meet the Robinsons. “I have a big head and little arms,” Tiny says in frustration when he cannot reach a boy standing in a corner. “I am just not sure how well this plan was thought through,” he confesses.

Next week, the Oklahoma State Testing Program results will be released statewide.  Schools will be bludgeoned for test scores that invalidly compare pre-pandemic 2019 students with 2021 students who were forced to stay home an entire spring and then endure an entire year of school disrupted by quarantines or worse, no school at all.  This is entirely fair, of course, because the pandemic has not had any significant impact on anything or anyone else.

By design, this system ensures public schools fall short, but dinosaurs are always destined to fail. I wonder what would happen if we focused on those essential skills for college and career readiness instead of big monsters with tiny arms that cannot grasp our future?  Just imagine a school system wholly invested in preparing adult-ready graduates with essential skills instead of running from dinosaurs.  Twenty years of this has proven that we can no longer do both, so maybe it’s time to ask what we really want for our children and grand-children.  Perhaps, parent and educator frustration will eventually kill this dinosaur, too, but please keep those cool lunch boxes.

Tom Deighan is currently the superintendent of Duncan Public Schools. He may be reached at deighantom@gmail.com. You may read past articles at www.mostlyeducational.com.