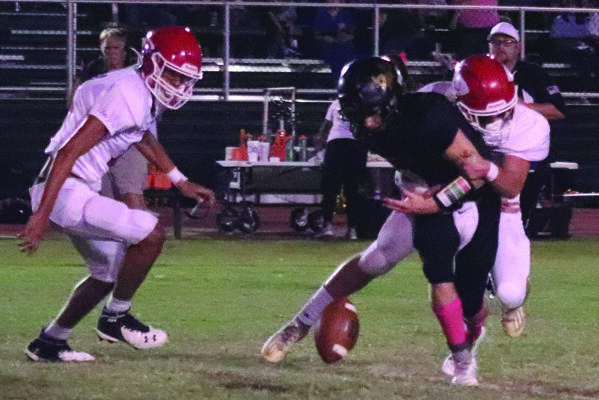 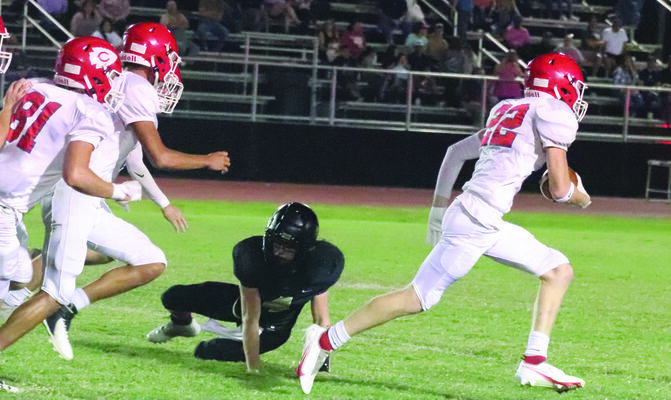 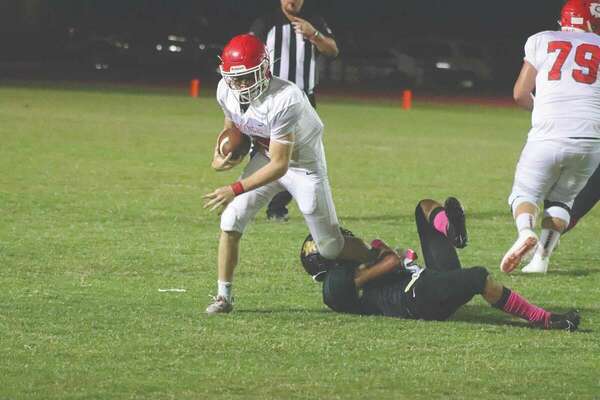 After struggling to get in the end zone the previous two weeks, Comanche’s offense got back on track at Marietta in a 53-0 victory last Friday.

It still did not start out easy for the Indians they built an 18-0 halftime lead, but had three long touchdowns called back on penalties in the first half. After some halftime adjustments, Comanche would score 35 points in the second half to pull away for the win.

“We were up 18 in the first half, but I was still seeing some things I didn’t like,” said Casy Rowell, head coach. “But then that second half, they came out and it was one of those halves that everything just seemed to go right.”

Rowell said the past couple of weeks the coaches and the players had been getting together to try to figure out what they needed to do to finish drives and get in the end zone.

“Whatever happened in the second half, it seemed that they finally started to get it all figured out,” Rowell said. “I think, some of it too is we were allowing some of the offensive guys to rest a little bit more than normal. It seemed like the more we got our substitutions going, they played a lot harder. You know, you’ve got Tucker Oliver out there rushing 20 times and then turning around and playing defense and it takes a toll. It was good for the subs to get in there and play with the starters to see what it was like and to get the experience. I think those guys who don’t play that much did a good job of holding (Marietta) off in the end to keep the shutout.”

The defense even got in the on the scoring in the second quarter when Devon McCarty picked up a fumble and returned it 66 yards for Comanche’s second score of the game.

Comanche’s lone score in the first quarter came on a three-yard quarterback sneak by Kooper Doucet.

Doucet would add a touchdown through the air in the second quarter on a 15-yard pass to McCarty, which gave McCarty touchdowns on both offense and defense.

Oliver finished the game with 148 yards on 12 carries with two touchdowns.

Doucet would get his second touchdown pass of the night when he connected with Mason Kulbeth on a 59-yard touchdown catch and run.

It is homecoming time in Comanche as the Indians will host Frederick on Thursday.

The Bombers come into the game with a 4-1 record and 3-0 in District 2A-4 and are tied for first with Marlow. Comanche is 4-2 overall with a 1-2 district record and is tied in fifth with Tishomingo.

The Indians still have a shot at finishing in second place, which means a first-round playoff game at home. The easiest scenario would be for the Indians to win out, have Marlow finish unbeaten and for Davis, which lost to Lindsay last week, to lose one more in addition to Marlow along the way.

That is down the road, however, and the Indians are focused on the Bombers this week.