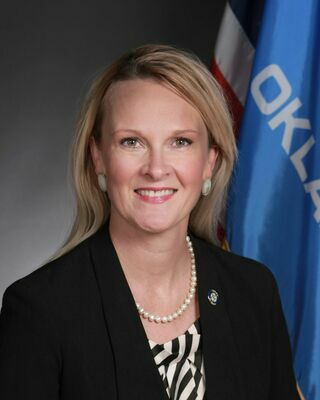 Last week, the National School Boards Association (NSBA) sent a letter to President Joe Biden calling for federal assistance to stop what they say are threats and acts of violence against public schoolchildren, public school board members and other public school district officials and educators.

The NSBA said school board members and educators have faced attacks for approving policies such as mask wearing and for what they term is propaganda about “the false inclusion of critical race theory within classroom instruction.”

The group insists such curriculum is not being taught in K-12 classrooms but only in complex law school and graduate school courses. Oklahoma lawmakers have reams of evidence that show otherwise.

The group asks for law enforcement assistance, including from the Federal Bureau of Investigation and the U.S. Departments of Justice, Homeland Security and the Secret Service to help monitor and assess threat levels they say are coming through the mail, on social media and in person. They call for intervention as well against what they label as hate crimes and acts of domestic terrorism.

The president has responded that he agrees in thinking school patrons’ protests are attacks and he promises action.

We’ve all seen examples of real attacks in some of our major cities around the country where rioters have destroyed public property, set buildings on fire, and more.

Upset parents and taxpayers attending their local public school board meetings, which by law are required to operate under the open meeting act are not attacks.

Of course, parents and other patrons attending these meetings should show respect and act according to rules put in place by their local boards, but stifling free speech and threatening investigations by the FBI are not acceptable responses.

I’m thankful that Oklahoma has not had the same experiences as in some other areas of the country. To my knowledge, school board meetings have been publicly held, and parents or other stakeholders that have wanted to attend or speak have been granted that privilege according to existing rules. I’m proud of both sides in this equation.

The model should be that everybody gets to reach out and be heard. School boards exist to serve the families that send their children to our local schools as well as the educators that serve their local communities. Without parents, schools don’t exist. We need to hear their voices.

In most communities, parents have great relationships with the teachers who educate their children as well as with school administrators and school board members. When there is an issue, it is normally handled calmly.

I’m proud that this is part of our Oklahoma Standard. I urge the rest of the nation, and especially our National School Boards Association and the president, to take note. Hear the true concerns. Respond with clarity, kindness and openness. Don’t try to shut down the voices of the very people you serve.