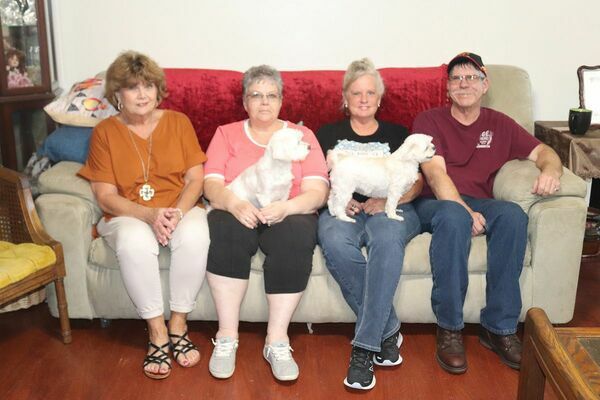 Comanche resident Debbie Hunter had seen television shows about finding long, lost family members, but she never thought it would one day be a part of her own story.

Hunter received an unexpected text message a few months ago from Tamera Gunning in Washington state. Her husband, Jim, had taken a DNA test and it closely matched the DNA test that she had once taken.

“I didn’t believe it,” Hunter said. “I was like, ‘Yeah, right, it’s probably just someone looking for money.’”

But, it turned out to be true, and last week, Hunter was able to meet the brother she never knew she had face-to-face.

“When I went to the hotel in Duncan to meet him, I knew immediately he was my brother,” Hunter said. “He looks just like my dad.”

It turned out that her father once had a brief relationship with a female soldier stationed at Ft. Sill. She left and her father never knew she was carrying his child. That child, Jim Gunning, would be adopted by a family in Washington state and that’s where he lived for most of his life.

Tamera had bought the DNA test for him as a Christmas present, so he could help track down his biological family and find out about any medical history he might need to know.

Gunning is a wheat farmer in Davenport, Wash., about 40 miles west of Spokane.

“We hit it off from the start,” Hunter said. “We have so much in common that it is strange.”

As for Gunning, he is still trying to soak it in.

“I still feel kind of numb,” he said. “I really haven’t been able to process it all.”