Play by local resident to be performed 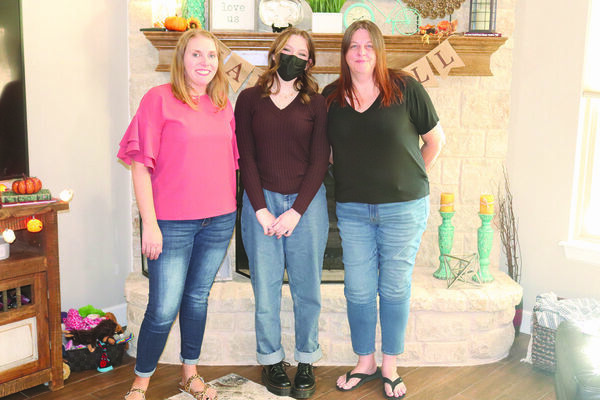 Amie Gates of Comanche followed a dream by writing about a dream.

“I had an odd dream a couple of years ago and I have these notes that I have written about it that had just been sitting there for a while,” Gates said “Then the lockdown happened back in March of last year. I was like, ‘Okay, I can finally sit down and really start thinking about it.’”

She wondered where her subconscious came up with the idea because it was so odd.

“I was a psych(ology) student in school, so I started questioning it and Freud’s theory on personality came into my head,” Gates said. “It almost seemed like a conflict between the id, the ego, and the superego. It was the only way I could really justify it.”

According to a post in Encyclopedia Britannica, the id “contains the psychic content related to the primitive instincts of the body...The id is oblivious of the external world and unaware of the passage of time.”

The ego “is said to be a part that remembers, evaluates, plans and in other ways is responsive to and acts in the surrounding physical and social world.”

The superego “is the ethical component of the personality and provides the moral standards by which the ego operates. The superego’s criticisms, prohibitions and inhibitions form a person’s conscience.”

She surmised that it was the three different types of personalities having a conversation with each other.

From that, “Altered Memories,” was born. A one-night presentation will take place on Nov. 12.

She decided to axe the super ego part “for literary purposes” and just go with a discussion between the id and ego.

“The audience will see it as either a conversation between two different people or just one person having a conversation,” Gates said.

It is Gates’ first play. She had written short stories and poems before, but not a play. As an actress, she had seen plenty of scripts, so she would she could write one.

“It was surreal. It almost felt like an out-of-body experience,” Gates said. “Once I started writing, it just started flowing. I wrote it in two days.”

The play is for mature audiences since it includes adult language and adult situations.

“There is a trauma trigger because part of the script does have chunks of things that have happened to me in my life,” Gates said. “In my former marriage, there was domestic violence and there are chunks of different things in there.”

Anyone that comes to the show will be invited to the after-party at “Blades and Bourbon Barber Shop,” along with the cast and crew. The performance should last about 45 minutes.

“It will allow people to ask questions and to discuss the play,” Gates said.

“I want to get this published, but it’s really hard to get plays published unless its been through a production,” Gates said. “I had a read-through back in April with some DLT (Duncan Little Theatre) people and some other supporters of the arts and it was decided that we would do a full production of it. The theater seats like 75 people and didn’t think I could fill that up, but then I thought there will be people who will want to see (Gilmore) in a show. It kind of grew at that point. I didn’t really think it was going to be that big of a production.”

Tickets are $10. There are no advance ticket sales, but Gates said she can reserve tickets if anyone will send an email or message her on Facebook. The door opens at 7 p.m. and the play begins at 7:30 p.m. Concessions will be available.