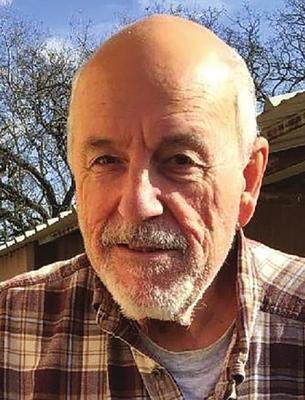 Donald “Don” Richard Poff was born May 14, 1941, in Christians- burg, Virginia to Sidney Woodrow and Mildred H. (Jones) Poff. Don passed away on Monday, August 10, 2020, at the age of 79. There is no service planned at this time. Cremation arrangements have been entrusted to Whitt Funeral Home/Oakcrest Cremation Center. Don was a 1959 graduate of Christiansburg High School. He married Helen Merlene Brooks on Sept. 1, 1961, in Christianburg and was just two weeks shy of 59 years of marriage. He enlisted in the US

Marine Corps in January 1960 where he served on the aircraft carrier USS Oriskany with the VMFA-232 Red Devil Fighter Squadron. When he was honorably discharged in October 1963, he went to work for C&PTelephone Company in Virginia. He retired after 15 years to serve in the ministry in 1978 where he served until 1984.

Following several moves, the family moved to Comanche, Oklahoma and he began working at the Comanche Livestock Auction until retirement in 2006.

He loved to hunt and fish. Don took several missionary trips. He was baptized in the River Jordan. He loved doing historical research on his computer.

He was preceded in death by his parents; sisters: Harlena Dunn, Barbara Beshore, Patricia Shirley Poff; and brother, Thomas Poff.