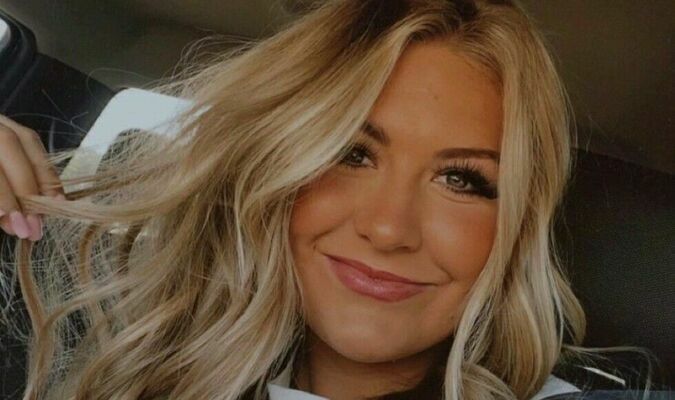 Britny Le’Ann Henderson was born with much anticipation and joy from her family in Oklahoma City on Dec. 3, 2001 and tragically passed from this world on the morning of Tuesday, Oct. 26, 2021.

Britny attended Comanche Elementary in Comanche, OK, until 2nd grade and then moved to Kingston, OK, where she was a 2020 honors graduate at Kingston High School. She was a full-time college student on a scholarship at Southeastern Oklahoma State University in Durant, OK. Britny was on the President's Honor Roll each semester while attending college at Southeastern as well as a full-time dental assistant at All About Smiles Dentistry in Durant, OK. She was also a part-time employee at Pink Door in Durant, OK. Britny was currently in the process of applying for Dental Hygiene School at the University of Oklahoma which was her lifelong dream. Anyone who knew Britny, knew that at 19 years old, she already had her life planned out. She would become a dental hygienist, marry her soulmate, Conner, when she was 21, work while he finished PT school, have babies, and raise them in Kingston just like their parents.

Britny was well-known by friends, family, and her community for her love for basketball and her infectious smile and laugh, but she will mostly be remembered for her kind, loving soul. Her beauty was noticed upon entering any room, but her legacy of kindness and compassion has reached far and wide. Britny’s dedication to academics and her responsible nature made her a role model to young and old alike. She will be forever loved and cherished by many. Britny’s favorite things in life were spending time with her family, being with Conner, lake days, shopping, shopping, and more shopping, and against her mother’s will, going to OU football games.

Britny is survived by her parents, Robert and Brandi Henderson of Kingston, her brother Brady Henderson and spouse Reagan Henderson of Kingston. The love of her life, Conner Brister of Kingston. Grandparents, Keith and Sandy Laminack of Newcastle. Grandparents Ron and Mary Caudill of Comanche; Brooke and Justin Miller, Gage and Gracee of Comanche; Doug and Christy Stewart and Trace of Marietta; Helen and Dennis Macy and Kristen, Kyle and Kenna of Panama City Beach, Fla.; Susan Moore and Dakota and Hayzl Moore of Duncan; Doug and Julee Caudill, Chaysee, Channing, and Chesnie of Piedmont; Debbie Caudill of Duncan; Kevin and Paula Caudill, and Jordan of Collinsvile; Michael and Mitchell Caudill of Duncan; and numerous cousins, great aunts and uncles and a multitude of friends.

Britny is preceded in death by her grandmother, Barbara Caudill, great-grandparents, Jay and Bobbie Laminack, and Bill and June Seida, all of Comanche.

Britny was a member of Kingston First Baptist Church in Kingston.

Graveside service will be 2 p.m. on Oct. 30, 2021 at the First Baptist Church, Madill. Steve Beebe and Joe Patterson will officiate the service. Interment will be at the Kingston Cemetery, Kingston. Services will be under the direction of Watts Funeral Home, Madill. Condolences may be sent to wattsfuneralhome.com.