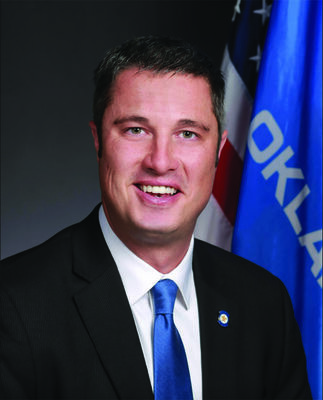 This past week, the Legislature met in special session to cast our final votes on the new maps for legislative and congressional districts.  This process, called redistricting, happens every 10 years following completion of the U.S. Census Bureau’s population count. By law, our state’s population must be divided evenly between districts, but populations change over the course of a decade. It’s our job to analyze how we can best redraw those district boundaries to keep the number of people in them as close as possible.

Usually, the redistricting process is completed in the legislative session following the year in which the census is conducted, but because of delays during the COVID-19 pandemic, the final population counts were not available until about three months after the session.

This was the most open, transparent redistricting process ever conducted in the state. Some 30 in-person and virtual town hall meetings were held, giving citizens the opportunity to visit with legislators and staff about any questions or concerns they had about redistricting, and even empowered anyone who wished to submit their own maps for the new district lines. That input informed the final maps.

The week before the special session, I joined my fellow members of the Senate Republican Caucus for our annual retreat.  This event gives us an opportunity to discuss some of the big issues on the horizon at the Capitol and across the state as we prepare for the upcoming legislative session.

Of course on Thursday, Nov. 11, communities throughout Oklahoma and across the nation celebrated Veterans Day, honoring all who have served our country in the military, whether in times of peace or times of war.

I was honored to participate in Waurika’s annual Veterans Day Parade, and later attended a Veterans Day event at Waurika Elementary School where I was the guest speaker. Several years ago, the Legislature enacted a bill calling on schools throughout the state to set aside time every year to teach children about Veterans Day and the importance of honoring and remembering the service and sacrifice of our military men and women.  Seeing that effort in person made me very proud of the teachers and students who work so hard to make it a meaningful event that teaches our children about the importance of honoring our veterans.

The President Pro Tempore of the Senate recently appointed me to serve on the Motor License Agent (MLA) Legislative Working Group.  We’ve been charged with formulating a legislative response to MLA services in Oklahoma that have faced process, system and delivery issues.

On a final note, I want to take this opportunity to wish everyone in Senate District 31 a very happy Thanksgiving.  I know as individuals, as a state and as a country, we’ve certainly faced some challenges this past year, but I also know there is much to be grateful for. I’m thankful for the blessings of family and friends, and for the opportunity to be your voice at the Capitol.

Thank you again for the privilege of serving our district and the State of Oklahoma in the Senate. If I can be of any assistance, you can reach me at (405) 521-5563 or Chris.Kidd@oksenate.gov.