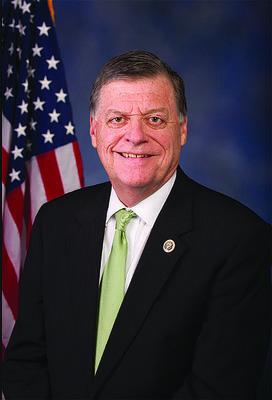 With numerous topics dominating the news cycle this year, I wanted to make sure you didn’t miss an historic event that took place last week related to peace and security in the Middle East. While the area is often known for its unrest, the Trump Administration has never given up on fostering peace and bringing greater stability to the region.
Indeed, President Donald Trump and Secretary of State Mike Pompeo have made it a priority to encourage the normalization of nation-to-nation relationships involving Israel, one of our greatest allies and most faithful friends.

The historic signing of the Abraham Accords last week symbolized the culmination of these diplomatic efforts and marked a major step toward lasting peace.

For background, Israel was first established as an independent state on May 14, 1948, upon the declaration of the Jewish People’s Council and following years of land disputes. About a year later, the United Nations officially recognized Israel’s existence through admittance into its organization.

However, nearly 75 years since Israel first declared its independence, there are still 29 countries around the world, including several of its Arab and Muslim neighbors, that refuse to acknowledge Israel’s right to exist. Aside from peace treaties signed with Egypt in 1979 and Jordan in 1994, Israel has historically lacked or had strained diplomatic relations with several of its neighbors. That status changed last week.

Before Israel opened a diplomatic office in the United Arab Emirates (UAE) in 2015, the two countries didn’t have a workable relationship to speak of. Five years later and following peace talks initiated and facilitated by the Trump Administration, Israel agreed to suspend the annexation of the West Bank, a territory in the region that has long been a point of contention. Israel’s show of good faith and willingness to compromise on that matter marked a significant step toward normalizing its relations with the UAE. As a result, the two countries formally reached a peace agreement in principle last month.

Following this historic announcement related to the future between the UAE and Israel, the Abraham Accords were signed last week to make it official.

During the ceremony on the White House lawn, leaders from Israel and the UAE as well as the Kingdom of Bahrain were all in attendance, symbolizing their shared pursuit of peace, security and prosperity in the Middle East and around the world.

This moment also signified a shared desire to improve their relations for the purpose of promoting mutually beneficial endeavors like investments, tourism, technology, energy, healthcare and security. Considering the history of Israel’s presence in the Middle East, the fact that two countries in the region are willing to normalize their relations with the nation state is incredibly significant.

No other president has delivered such a diplomatic achievement toward peace in the region in more than two decades.

To demonstrate my support of the recent peace agreements brokered by the Trump Administration, I am a proud cosponsor of bipartisan legislation that expresses approval of the normalization of these relationships. The legislation also urges other countries in the region to follow suit and pursue peace with Israel.

While diplomatic efforts remain critical and must continue in the Middle East, the Trump Administration has paved the way for nation-to-nation relationships between three countries that will certainly support their shared prosperity in the future.
This is an historic first step toward bringing lasting peace to the region. I am hopeful these recent breakthroughs will inspire other nations to also seek peace and pave the way for shared prosperity for the good of their people.

COVID worsening – It’s time to do more to prote...