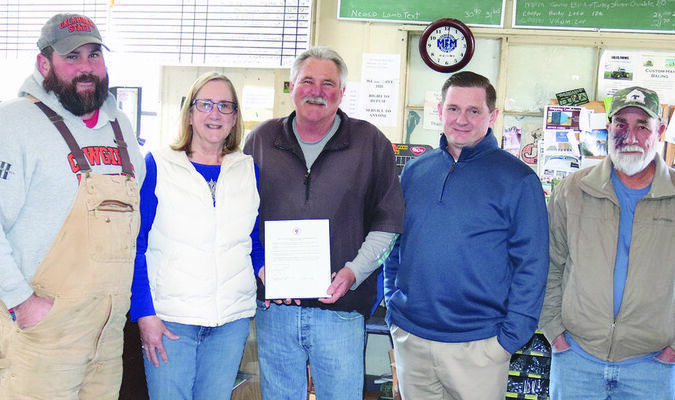 nd Lisa Padgett did not plan on being business owners, it just happened that way.

They first started working at the store in 1976 for Lisa’s grandfather, Garold Earnhardt, who was partners with Terry Houston, a former county assessor, for two years.

When Earnhardt passed away, Lisa’s mother asked her and Wes if they would continue to run the business.

Now, more than 40 years later, it is the Padgetts’ turn to pass on the Comanche Seed & Grain mantle. The couple is retiring as soon as the all the paperwork gets run through all the legal channels. They have local buyers for the business.

Wes Padgett said they have been able to stay in business so long because of the loyal customers they have had over the years.

“Comanche folks are pretty loyal,” Padgett said. “It has a small-town feeling and people remain loyal to you over the years. And, we’ve returned good products and services and tried to give them what they want. We’ve had some top-line employees over the years. Before insurance changes, we could have teenagers working here and now we see those same faces come in with their sons. Our employees have always tried hard to please the customer.”

Padgett said he will miss the people the most as he has gotten to know many people over the years.

“Ninety-nine percent of people, if you say their name when they walk in the door, it brings a smile to their face,” Padgett said. “The other one percent may even crack a little bit of a smile though they don’t mean it.”

One of the first things he plans on doing is going to see a friend in San Antonio who has been in the hospital for more than a month.

“I told him as soon as we get everything done, we were going to come down and see him,” Padgett said. “Hopefully, we can cheer him up a little bit.”

Vacations and trips have been a luxury over the years for the small-business owners.

Both graduated from Duncan High School. They married while they were in college and will have been married 48 years this year.

Padgett said the time was just right to retire now.

“When you have another birthday roll around, social security and medicare kick in, you start to realize you only have so much more time left,” Padgett said. “We are going to go see some things and go do some things that we’ve wanted to do for a while before we get much older. I want to crowd in all I can over the next 10 years.”

The Padgetts were honored by the city making a proclamation of “Comanche Seed & Grain Day” on Jan. 3 and they were honored to be chosen as the Christmas parade grand marshals.

“It was quite an honor and humbling to be chosen as grand marshals,” Padgett said. “We had a great night and saw lots of faces we recognized. It was great that my children were able to be there for it. We are thankful to the chamber for choosing us. It was totally unexpected and an honor.”