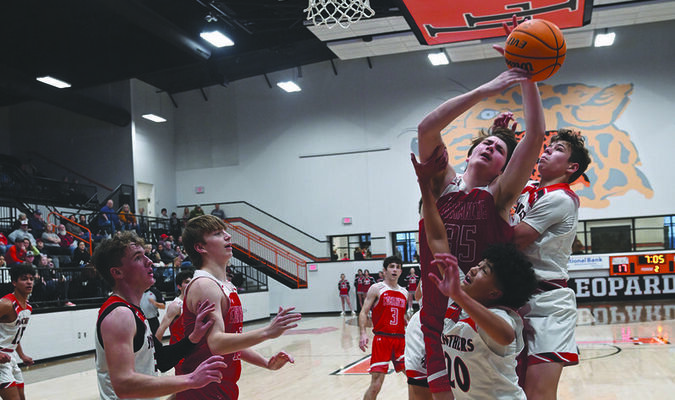 The Comanche Indians brought home the third-place trophy after a remarkable comeback in the third-place game on Saturday night at the Charles K. Heatly Classic in Lindsay.

The Indians opened up the tournament on Thursday with a win over Lone Grove before falling to Sulphur in a close game in the semifinals on Friday. On Saturday, they edged Pauls Valley.

Mason Kulbeth was named to the all-tournament team.

Brothers Landon Ellis and Myles Ellis combined for 23 points in the quarter with each knocking down three three-pointers in the final quarter to lead their team to the win.

Comanche could just muster three points in the first quarter and trailed 23-12 at the half.

The Indians couldn’t get the points they needed down the stretch and the Bulldogs got the win.

There were two ties and two lead changes in the game before Sulphur took the lead for good.

It was a low-scoring game, but the Indians did what they had to do to get the win. No Comanche player finished in double figures in the game.

The Indians trailed 8-5 at the end of the first quarter and 17-14 at the half, but outscored the Longhorns 24-12 in the second half to get the win.