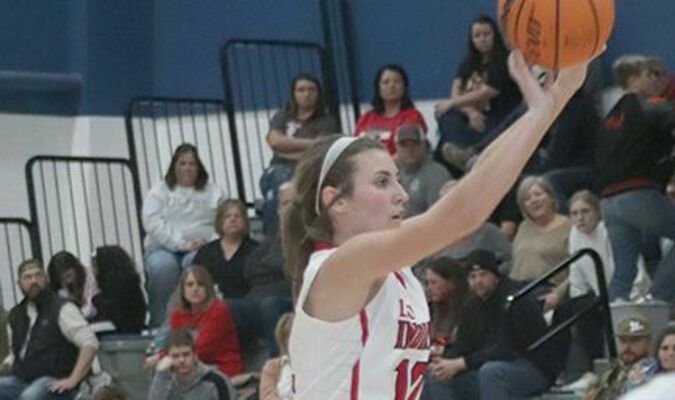 Comanche's Briannah Keeling broke a 7-all tie with a basket in the first quarter of the Stephens County Tournament girls semifinal and the Lady Indians would pull away from that point on to claim a 45-25 win over Velma-Alma at Central High.

Comanche will now face Marlow, a 40-32 winner over Waurika in the other semifinal, in the girls' final on Saturday at 6 p.m.

It was all Gracee Miller in the early going for the Lady Indians as the junior scored the team's first seven points. It would be Keeling's bucket that would start a 7-0 run, including a three-pointer by Kamrey Rendon, to close out the quarter and give Comanche a 7-0 lead.

The Lady Indians continued to keep up the pressure in the second quarter. Miller knocked down a three-pointer and Kylie Roden added two three-pointers to keep the Lady Comets at bay on their way to a 26-16 halftime lead. As a team, Comanche made six three-point field goals in the game.

Scoring slowed down in the third quarter, but Comanche was able to maintain their lead, leading by as many as 15 points twice before settling for a 35-22 advantage heading into the final quarter.

In the fourth quarter, Comanche did not allow Velma-Alma a point the last six minutes of the game as they closed out the contest with a 7-0 run to get the win.