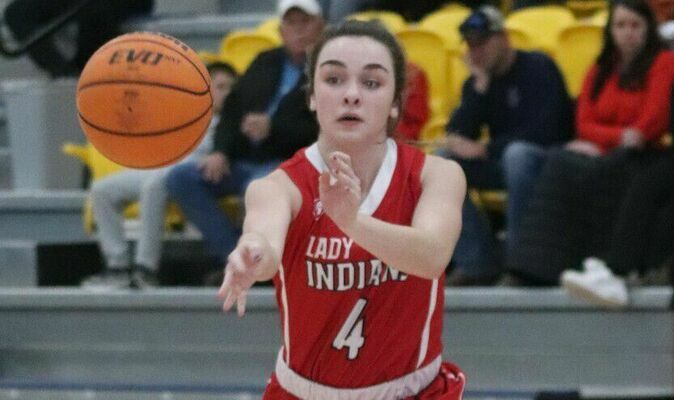 For 3 1/2 quarters, the Comanche JV girls stood toe-to-toe with Wayne in the consolation semifinals of the Stephens County Basketball Tournament, but a late surge propelled the Lady Bulldogs to a 50-39 win on Friday night.

There were six lead changes and four ties in the contest. With 3:37 left in the game, the Comanche JV tied the game at 37-all, but Wayne would find their offense, closing out the quarter on a 13-2 run to get the win.

Wayne held a 12-9 lead at the end of the first quarter as all nine points of the JV Lady Indians came from behind the three-point line, including two from Karsynn Bowles.

The game went back-and-forth in the second quarter with two lead changes and a tie before Wayne took a 21-18 halftime lead.

The Comanche JV took the momentum in the third. A three-pointer by Keira Pineda with 1:23 left in the quarter gave the Lady Indians a 26-25 advantage. They would go on to take a 30-26 lead into the final quarter.

The game remained tight in the fourth quarter until the Lady Bulldogs final boost in the last few minutes. Wayne ended up scoring 24 points in the fourth after only scoring 26 total in the first three, allowing them to pull away for the win.

The loss eliminated the Comanche JV from the tournament.