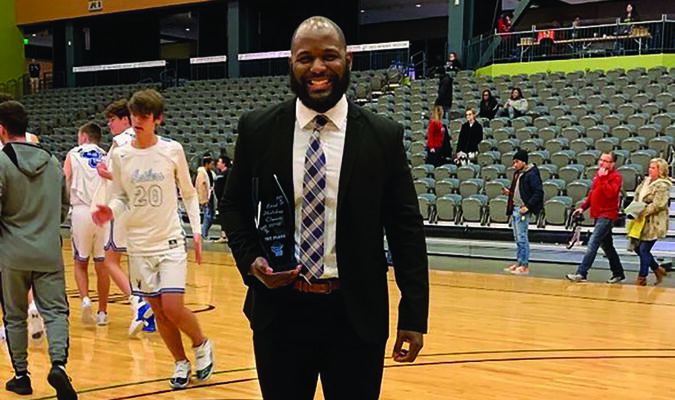 Anthony Bowie had been an assistant coach for nine years when he decided he was ready to lead his own high school program, which is what he will be doing in Comanche.

Bowie graduated from Star Spencer in 2005. He had assistant coaching stints at Guthrie and Deer Creek before officially being named the head boys basketball coach by a vote of the school board last Tuesday.

During his four years at Deer Creek, Bowie, age 35, oversaw defensive coordination, baseline out-of-bounds, strength conditioning, and was the team’s academic coordinator. He was an assistant at Guthrie for five years.

“I am ready to get my chance to be a head coach,” Bowie said in a telephone interview. “I’m humble, but I’m confident in the position that God has blessed me with. I am glad to have been an assistant at both Guthrie and Deer Creek. They were different communities and cultures and I’m glad I got to experience that because I believe it helped me as a coach. I was also able to get involved in booster clubs and fundraising.”

In the 2021-22 basketball season he was the interim head coach going 3-0. One of his highlight wins came against Van Horn (Mo.) being down 20 points and coaching a comeback to win 54-50 and going on to win the William Chrisman Basketball Tourney. Other victories included wins over Bishop McGuinness, 76-49 and Yukon, 63-51.

Prior to joining Deer Creek, he coached at Guthrie High School for five years, where he helped produce two all-state players.

Bowie coaches summer basketball with Team Buddy Buckets, an AAU Nike circuit team that Indiana Pacers player Buddy Hield owns and sponsors. He head coaches the 17U basketball team and has coached the 16U and 14U teams.

Bowie was a 3-year letterman and starting player for the Star Spencer basketball team. He is a graduate of East Central University in Ada where he earned a Master’s degree in Secondary Education with a concentration in Sports Administration. While at ECU, Bowie worked in the athletic office as a graduate assistant supporting the university men’s basketball program both on and off the court. He wrote scouting and player reports, assisted with student-athlete relations and broke down film and video/media communication. Bowie made contributions to the Seminole State men’s basketball team as a walk-on in 2006.

He took his Comanche team through a workout last week, but it was not the first time he saw them as he saw them at a basketball camp in Lindsay a couple of weeks ago.

“They remind me a lot of what my high school teams were like at Spencer, small but athletic,” Bowie said. “We are going to play fast and we will need to be better shooters. I like to keep things as simple as possible, but they are athletic enough to play and run my style of offense and defense.”

The offense will include a lot of ball-handling, cuts and kick-outs, while defense includes using the team’s athleticism to play mostly man-to-man.

He will be having two practices with the team this week before getting a look at the team against competition at a University of Central Oklahoma team camp next week. He hopes to be moved down to the area by mid-July.