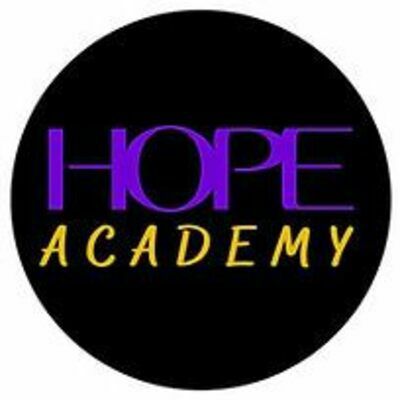 A vision of starting a private school five years ago is coming to life for Krista Whitlock.

The retired Comanche educator is leading the charge as the administrator for Hope Academy of Stephens County, set to begin this fall.

“It had nothing to do with the public school systems in Stephens County,” Whitlock said. “We just wanted to give parents an option.”

Whitlock spent 26 years as an educator and administrator at Comanche Public Schools.

“I’m learning a lot,” Whitlock said. “I’ve never started a school as an administrator, so you learn a lot of different things and its very in-depth.”

The school, which will be based out of Ray of Hope Church in Meridian, originally was going to be a pre-K through 8th grade set-up, but that changed and now it goes all the way through 12th grade. It is believed to be the only private school in Stephens County.

“We had a lot of parents start asking about their high schoolers and we were really not sure because it’s a big undertaking,” Whitlock said. “We had a lot of conversations and did a lot of research before we were we able to offer that.”

“The middle school and high school will be housed in the youth building,” Whitlock said. “We wanted to give them their own separate area.”

All the students so far come from Stephens County with the farthest students coming from Marlow.

“We have several homeschool students whose parents wanted their children to have the interaction of a school,” Whitlock said.

The cost is $350 per month for the first student in the family. Any other students would receive a 10 percent discount. The school calendar will follow the Comanche Public School calendar.

“We’ve had people in the church pay so that some students can have scholarships,” Whitlock said.

Students will wear a required uniform though they will have some freedom in choosing the colors they wish to wear.

“In public schools kids can get bullied for the type of clothes they wear,” Whitlock said. “We wanted to take that aspect away from bullying.”

Students will have to surrender their phones and smart watches when they enter the school as well.

“They can be a distraction,” Whitlock said. “There will be times in the day they will be able to access them to stay in touch with the rest of the world.”

There are nine full-time and part-time certified teachers. They will offer a cooking class and will have a master gardener come and teach gardening.

“(The teachers) felt so strongly, like myself, about what we’re doing here,” Whitlock said. “There’s no more pay into teacher retirement and a decrease in pay. We don’t have insurance benefits and those type of things, we just wanted to offer parents an option. We have folks that will be coming in to do arts and music for us. We have the OSU Extension Service that is going to come in once a month to work in developing our different programs with our kids to build the leadership of our teams.”

And one of the most common questions she gets is about extracurricular activities.

“We don’t have sports right now, but we’re looking at ways that we could do archery and clay shooting, things like that,” Whitlock said. “I have had a lot of parents ask me about sports and other things, and I tell them we just can’t offer those things right now. My own daughter is a sophomore at Comanche High School. She’s into FFA, FCA and is a football manager. She loves those things and I would not take those away from her.”

A lot of work has gone into the school over the years and she is good to see it come to fruition.

“It was something that I had in my heart, something I had thought about for quite some time,” Whitlock said. “You sit back sometimes and think, ‘Do I have what it takes? I would love to see it happen.’”

The planning started out small just within the church and grew from there with church leadership not rushing into anything. Whitlock emphasized it is not a Ray of Hope school, it is just under the umbrella of the church.

“You don’t have to be a member here to go to the school,” Whitlock said. “What I love about it is that we are doing what we want. We want to be able to talk about God in our curriculum and not be afraid that it might break some state or federal law. Some people ask if its about sticking it to the public schools and it’s not that at all. I have 26 years invested at Comanche and that’s my heart. (Former superintendent) Terry Davidson has been my biggest mentor through the years. He hired me. He developed my leadership skills and got me into the administration part of it.”

Future plans include transportation, but for now parents will be responsible to get their children to the school.

There will be some technology, but not they are going to take an old school approach, especially in the lower grades.

“We will have a classic set-up,” Whitlock said. “We will use technology for streaming resources that the teacher will use but for the most part, they’re going to be reintroduced to pencils. That’s what a lot of parents are wanting, less computer time and more back to the basics.”

The school is almost completely ready to go. They are waiting for tables and chairs for some of the younger students, but the technology and other aspects are already set up.

Alvarado named Teacher of the Year